Minecraft Pocket Edition - How to get every achievement (Warrior Guide)

In this guide, we’re going to tell you how to unlock them all. But first, some caveats.

You can, however, use a custom seed to start your game.

Time to Strike! - 10G
Use planks and sticks to make a sword 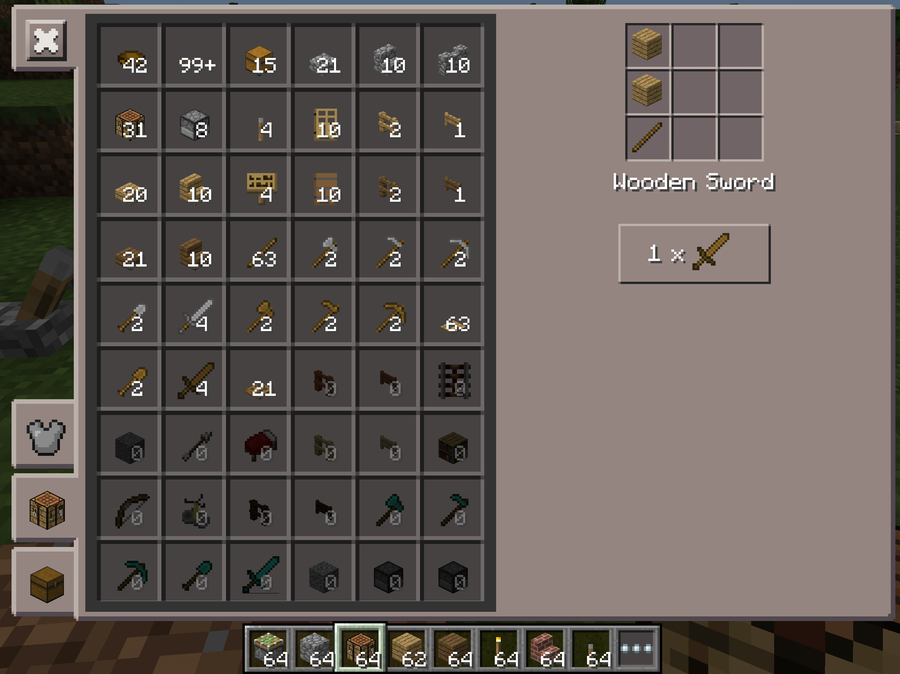 Punch a tree to get some wood. When you have a small pile, open your inventory, open the crafting menu, and make some planks - and then a crafting table.

Then place the crafting table down and tap on it to open the advanced crafting menu. From here, make some sticks and then use the sticks and planks to make a sword. 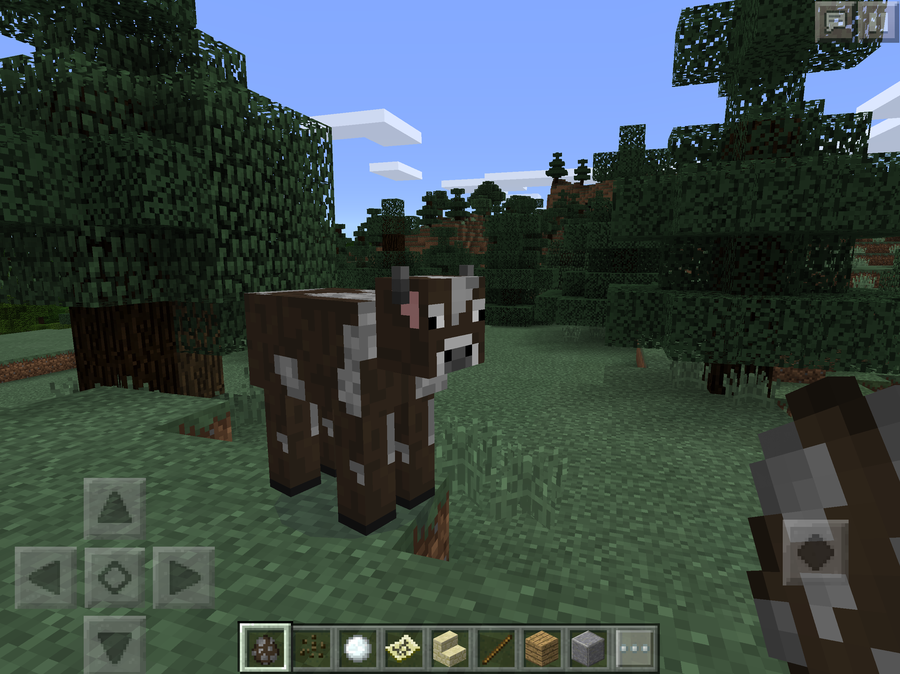 Use your new sword on a cow. Just tap the bovine menace a few times until it dies, and gives us its leather pelt. Then grab that to secure this achievement. 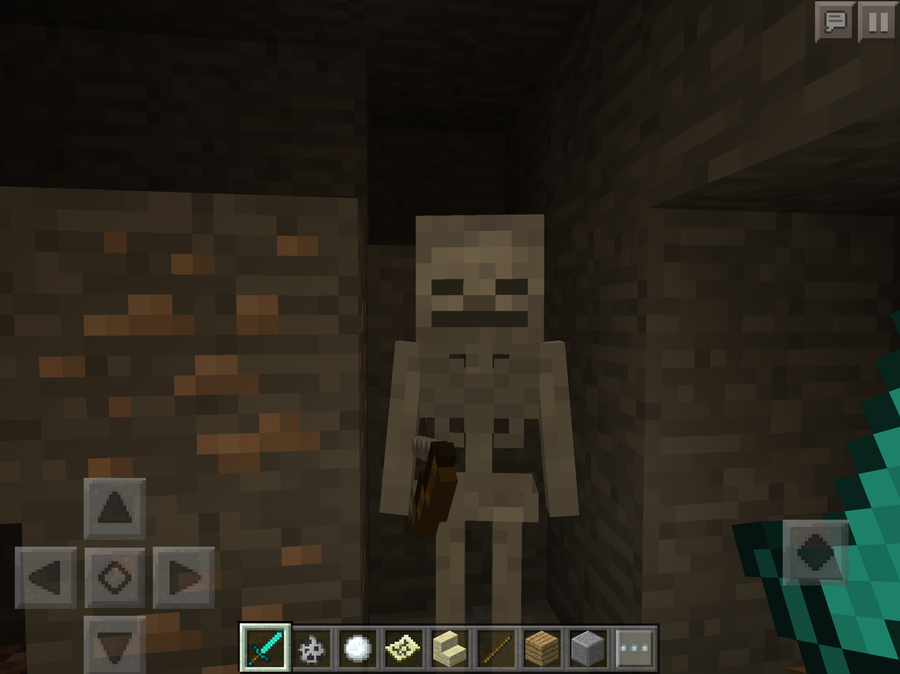 Monsters can be found deep underground, or outside when it's dark or stormy. Equip your sword and then repeatedly tap on the monster until it dies. Easy peasy. 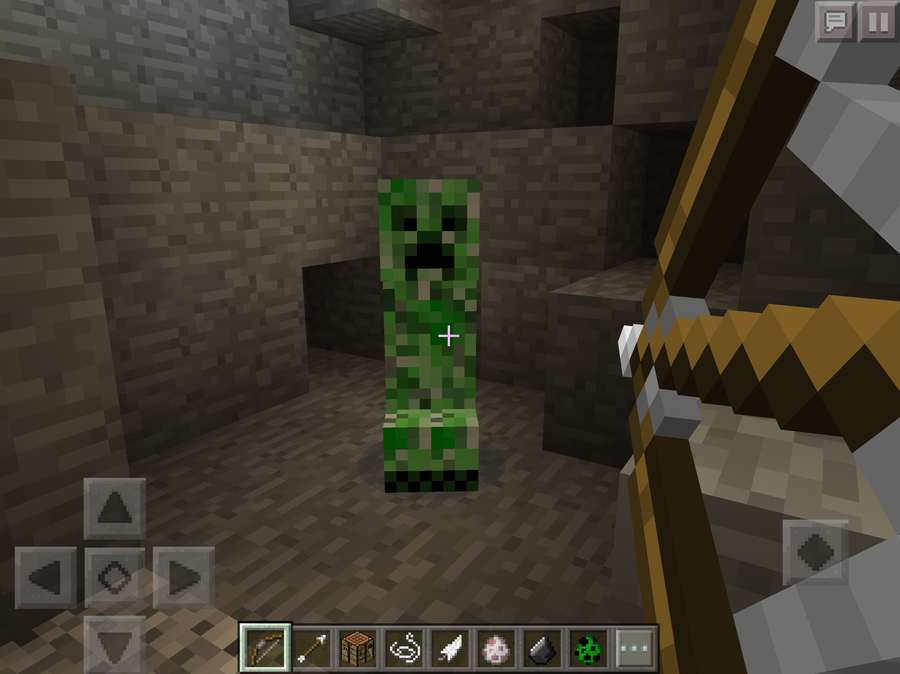 A bow is made from three sticks and three string. String can be found by killing spiders. Arrows can be looted from skeleton archers, or by combining a piece of flint (mine gravel), a stick, and a feather (kill a chicken).

Then, equip the bow and hunt down a creeper. These creepy green dudes explode if you get too close, which makes the bow the perfect weapon. Just tap and hold the ready the arrow, aim at the creeper, then let go.

You'll need about three arrows to kill a creeper. 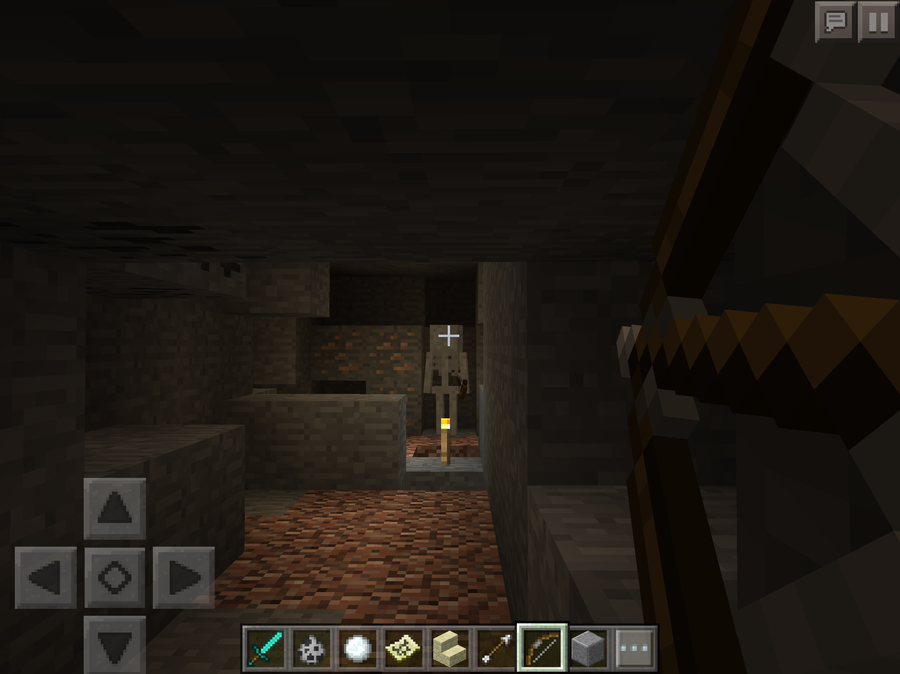 Same as a above, but this time with a skeleton. 50 meters is obviously quite hard to gauge in Minecraft so just move back as far as you can and keep firing until the skeleton is dead.

Return to Sender - 30G
Destroy a Ghast with a fireball 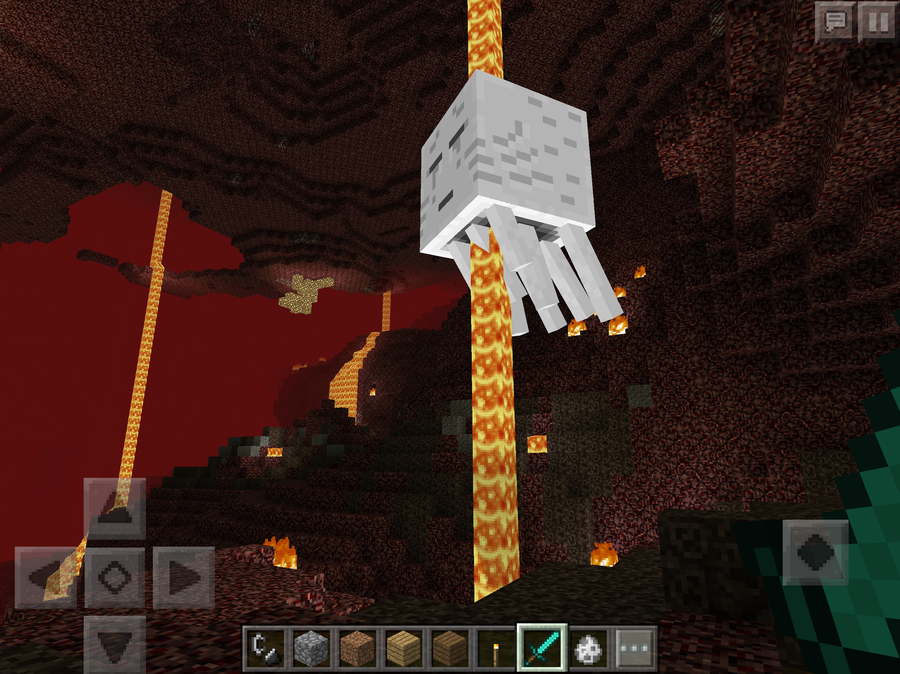 First things first, you need to find a Ghast. These creepy floating white squids hang out in The Nether, so follow our tutorial here to find out how to access Minecraft's fiery hell scape.

Then dig deep and find a Ghast and wait until it flings a fireball (looks like a flame, rather than a ball) at you. Hit the flame with a sword to send it back. Hopefully it bounces off and hits the Ghast, netting you the achievement.

Into Fire - 20G
Relieve a Blaze of its rod 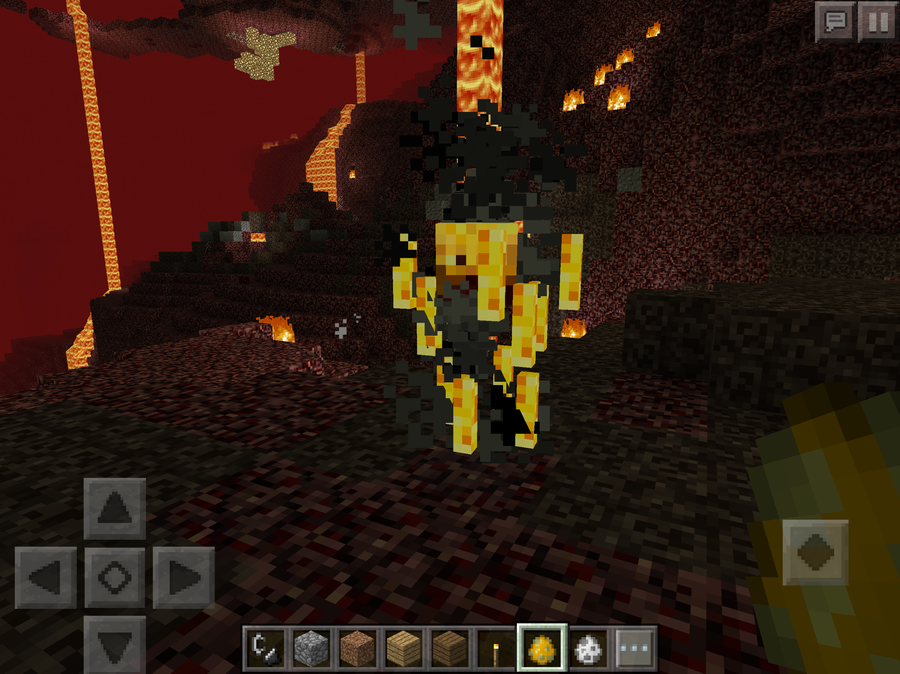 Blaze is another inhabitant of The Nether, and can be found in nether fortresses. When killed, a Blaze often drops a blaze rod - which nets you this achievement.

You'll want to use the crafting menu to turn that Blaze Rod into Blaze Powder for the next achievement. 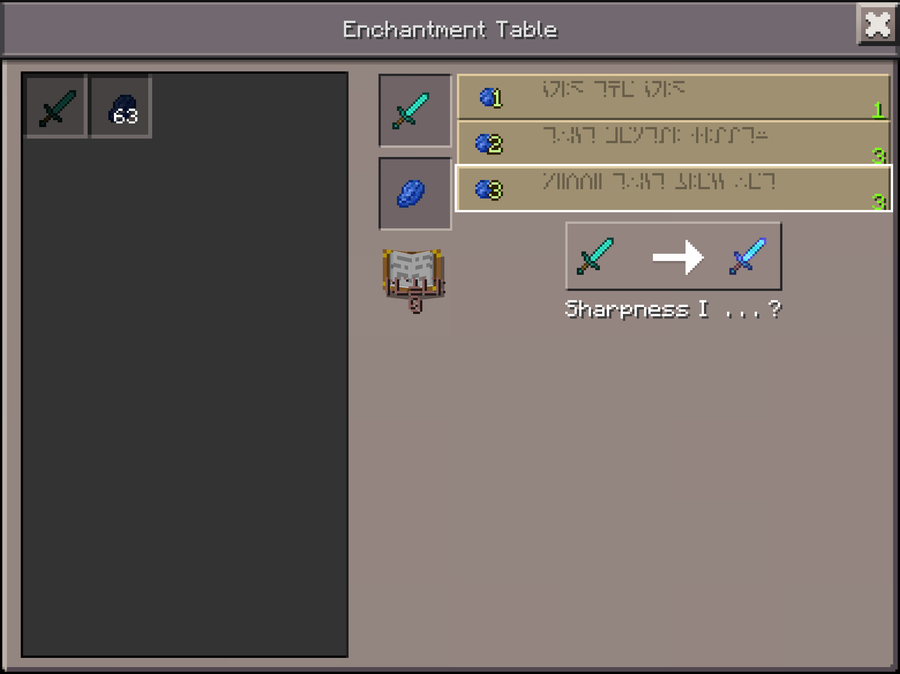 Getting this trophy involves potions and enchanting. First, get a diamond sword, then read our guide to building and using an enchantment table. Apply the Sharpness/Power upgrade to the sword.

Then follow this guide to find out to make a brewing stand. Make a Potion of Strength, which comes from the combination of an Awkward Potion and Blaze Powder (see above).

Now chug the potion and go attack some monsters with your enchanted. Hopefully you'll be strong enough to deal a lot of damage with a single hit. If not, keep upgrading the sword until you're badass enough. 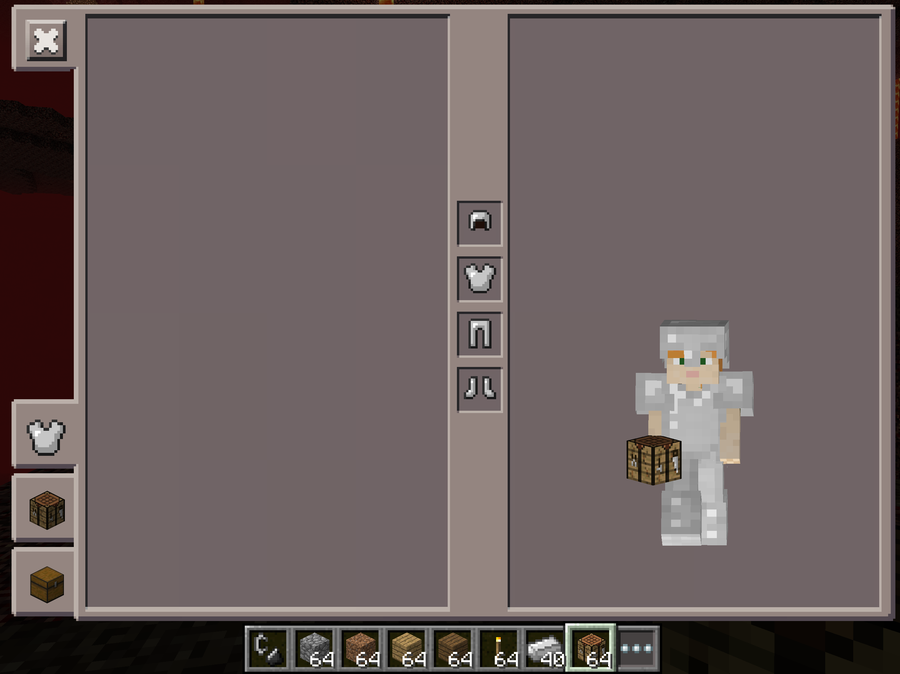 Easy peasy this one. First, find some iron ore. This is found underground and looks like a cobblestone block specked with pinky-yellow dots.

Then, put that in a furnace, along with some fuel, to make an iron ingot. This stuff is very handy and used in many crafting recipes.

Once you have some ingots (24, to be precise), you can use a crafting table to turn them into an iron helmet, an iron chestplate, iron leggings, and iron boots. Then use the armour menu in your inventory to wear them all and collect the achievement. 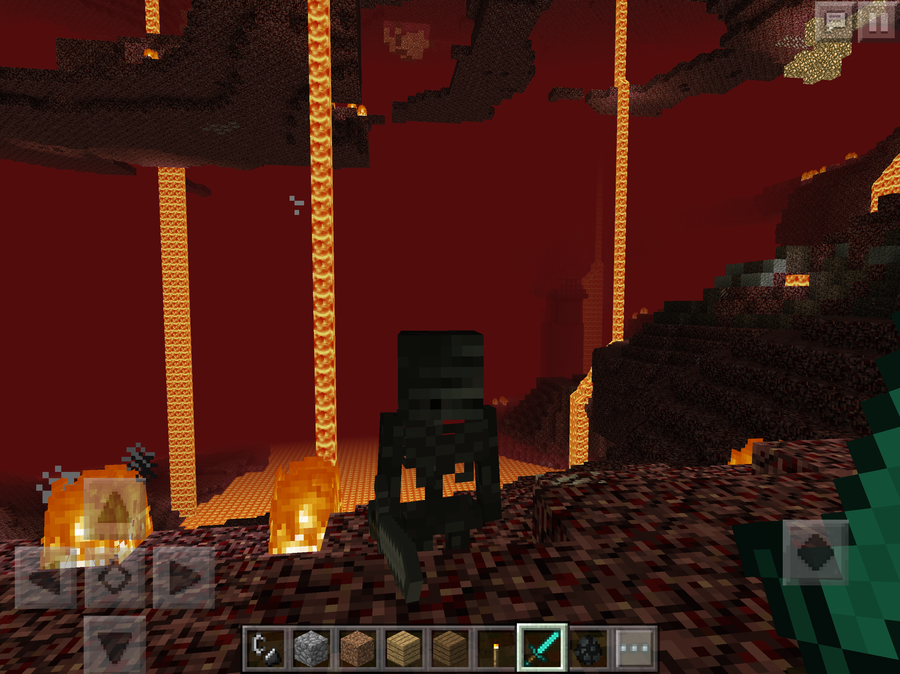 Mob heads are tricky to get, because they only drop when a mob has been blown up by a charged creeper - which is when when lightning strikes within a 5 block radius from a creeper. As you can imagine, that's mighty rare.

However! Wither Skeletons (seen above), which are found in The Nether, will randomly drop mob heads when killed. So kill a bunch of those until you get a head. Then equip it through the armour menu. Then go kill a Wither Skeleton. 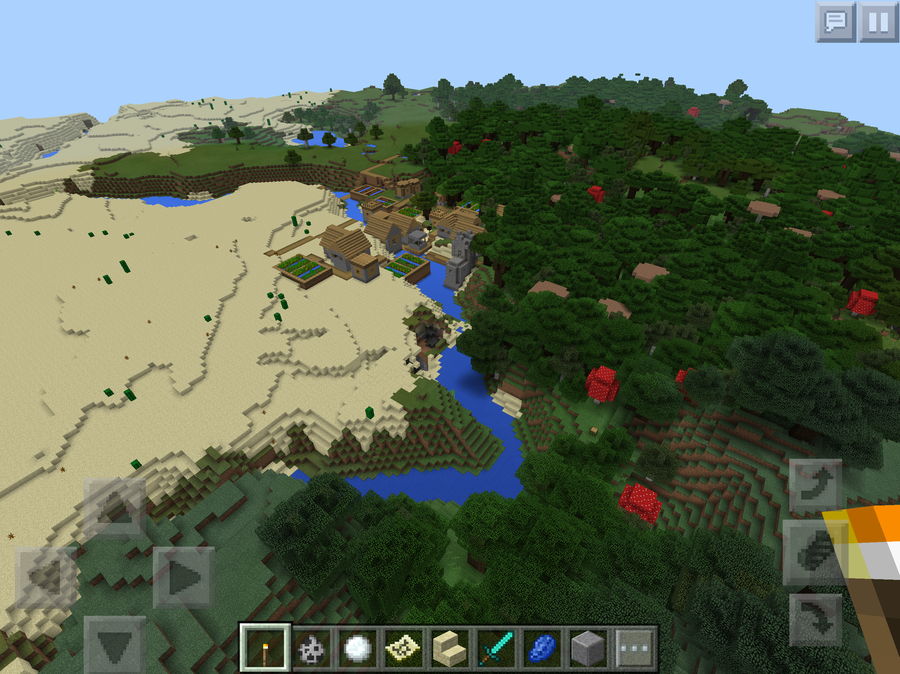 Biomes are the different areas of the Minecraft world - such as jungle, desert, savannah, and ice spikes. There are way more than 17 so you don't need to see them all. But you'll need to travel far and wide to see this many.

We recommend taming a horse, throwing on a saddle, and riding off across the landscape until the achievement pops up.

You can check out our other Minecraft guides for the Engineer, Teacher and Buider!

What should a Minecraft starter house have?