Carmack would have cried if it wasn't

At Oculus Connect 2 last night it was announced that Minecraft would be coming to virtual reality.

Specifically, the phenomenally popular multiplayer sandbox game will be available on Samsung Gear VR and Oculus Rift in 2016.

Markus Persson, aka Notch, the creator of Minecraft, said "Neato!" to the news that his game would be coming to virtual reality.

In his keynote at Oculus Connect 2, Doom co-creator and Oculus CTO John Carmack said that it was a long road getting Minecraft on Gear VR and Oculus Rift.

In fact, he revealed that it was only 100 percent confirmed the yesterday morning.

It started when Carmack visited Notch a couple of years ago to talk about developing a Minecraft VR prototype for the Oculus Rift.

But then Oculus was acquired by Facebook and Notch soured towards the idea. This caused some delays. 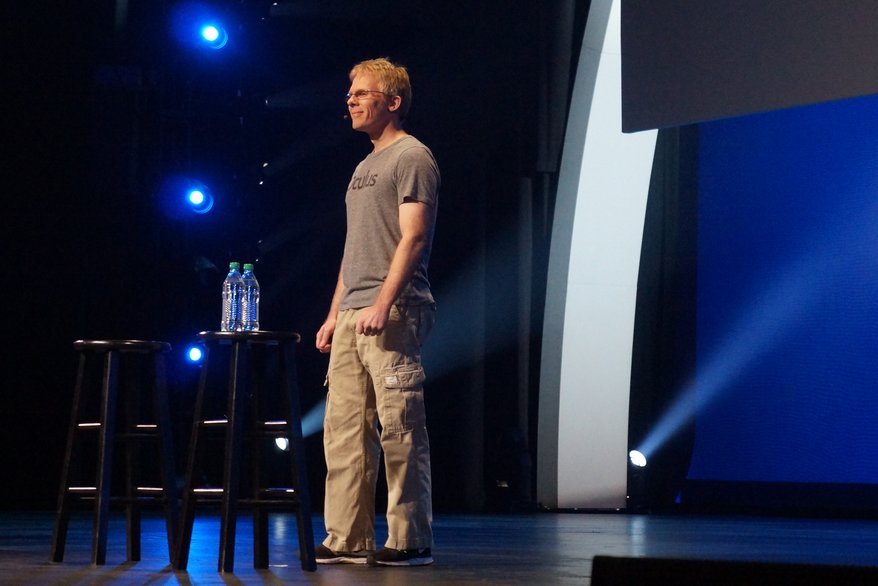 By the time that Notch had come back around to the idea of Minecraft VR, development team Mojang was being acquired by Microsoft, meaning Carmack then had to negotiate with that company instead.

But Carmack was determined to make it happen. He revealed that, at one point when talking on the phone to Microsoft, that he said he would cry if he couldn't get Minecraft on Oculus Rift and Samsung Gear VR.

As PC Gamer reports, Carmack said at the keynote: ""I think [Minecraft is] the single most important application that we can do for virtual reality, to make sure that we have an army of fanatic, passionate supporters that will advocate why VR is great."