How to make a brewing stand and create potions in Minecraft: Pocket Edition (0.12 tutorial) 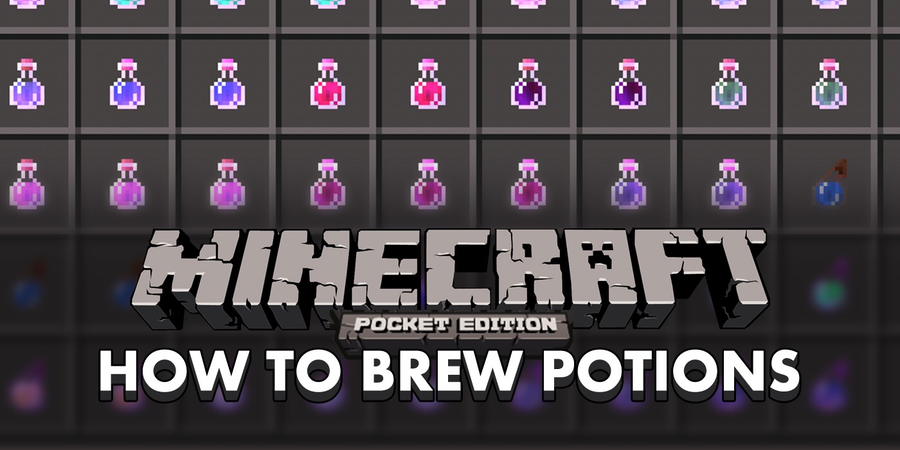 The latest version of Minecraft Pocket Edition adds the ability to brew potions which, when drunk, momentarily give you special abilities like faster running and fire resistance.

Potions are not easy to make, though. The crafting requirements and brewing ingredients are hard to come by, and a require a trip into the scariest place in the game: The Nether.

So grip our hand tight, and let us take you through it - step by perilous step.

Step 1 - Get a bottle of water 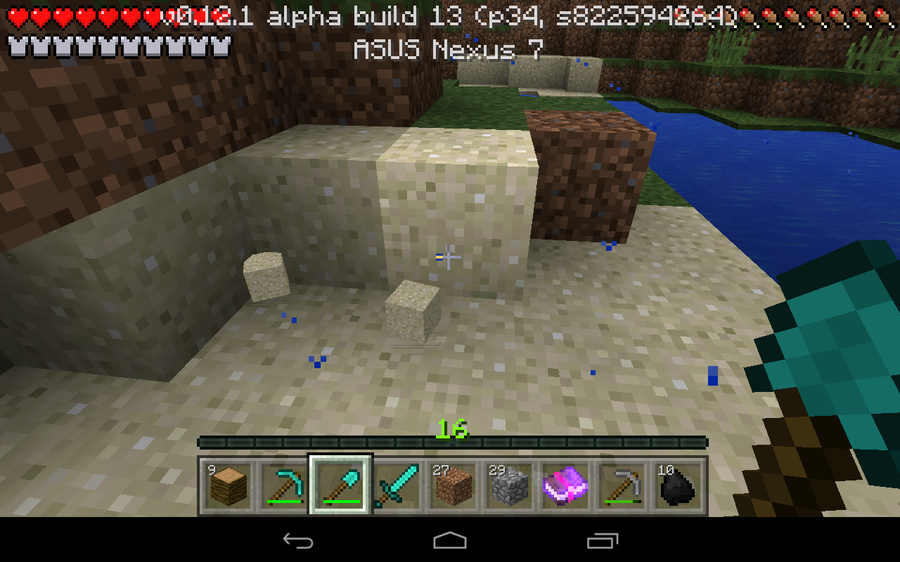 Potions have such humble beginnings: a simple bottle of water. To start, go the beach and get three blocks of sand. 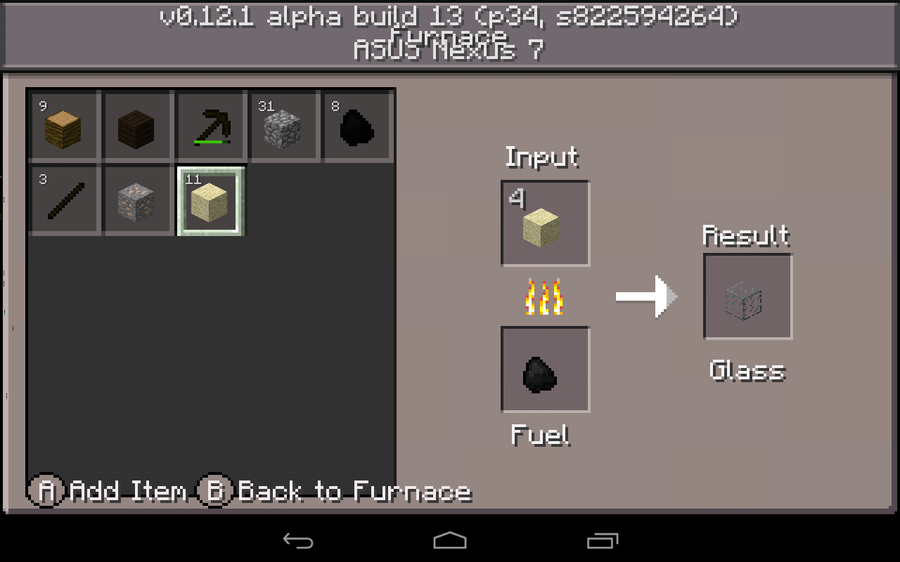 Use a furnace (crafted from 8 cobblestone blocks) to turn the sand into glass. Put the sand in the top slot, and fuel - such as wood or coal - in the bottom. When three glass blocks have been created, take them. 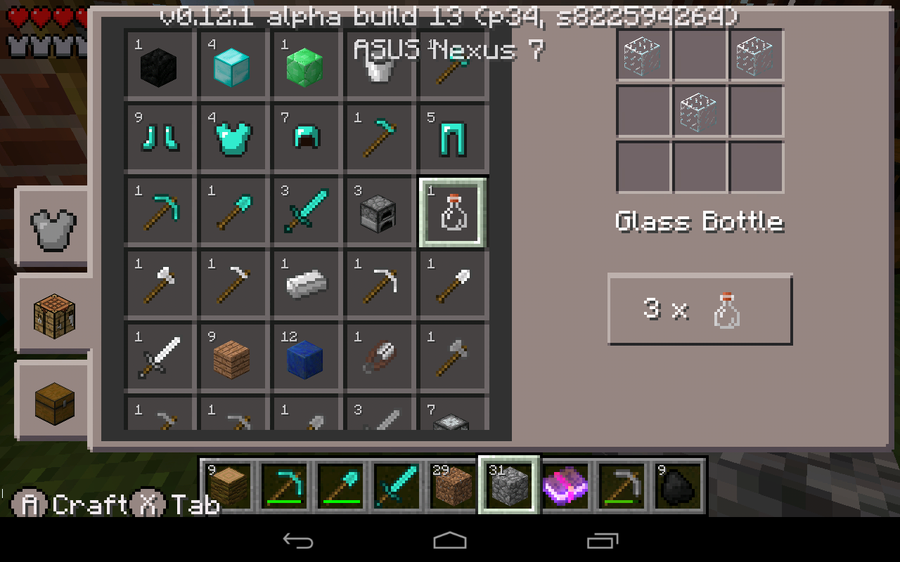 Now use the crafting table to craft a bottle. 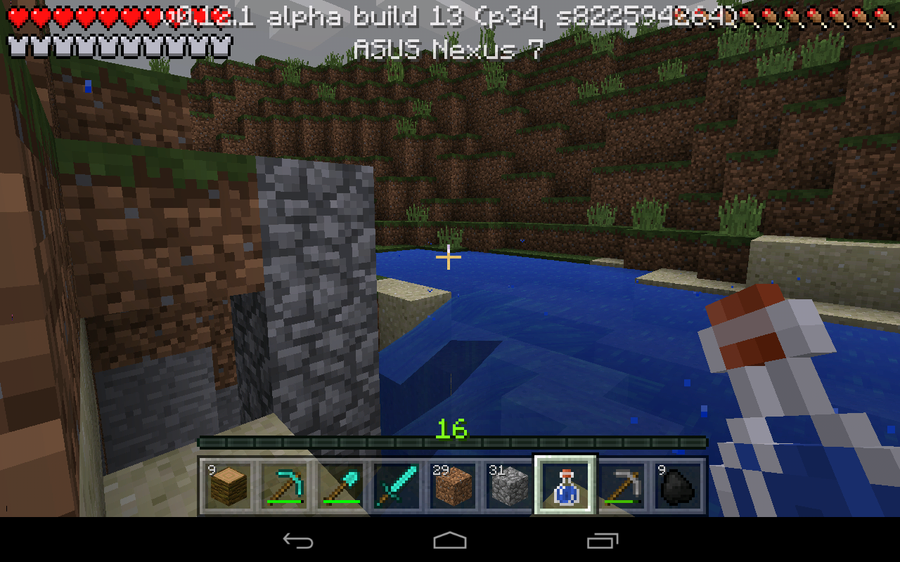 Go find a body of water and tap and hold the bottle on it to fill the bottle up.

Your next goal is to enter the nightmare hellscape that is The Nether. Before you do, make sure you are kitted out in high powered armour, and have a sword. You don't want to go in unprepared. 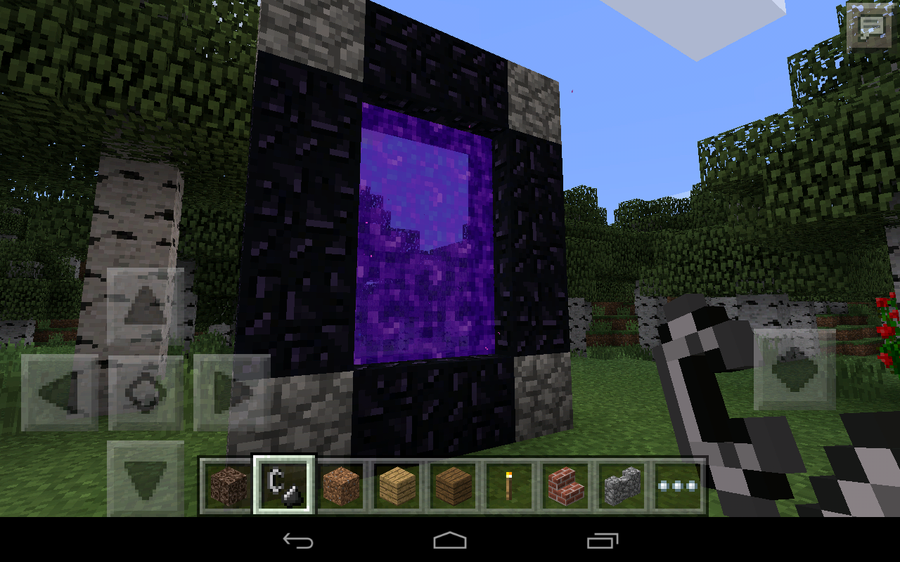 To make a portal to the Nether you will need to pour water on lava source to make Obsidian. Then mine that with a Diamond Pickaxe. Place them in the shape shown above, and then use Flint and Steel to power up the portal.

For more info, see this article on The Nether. 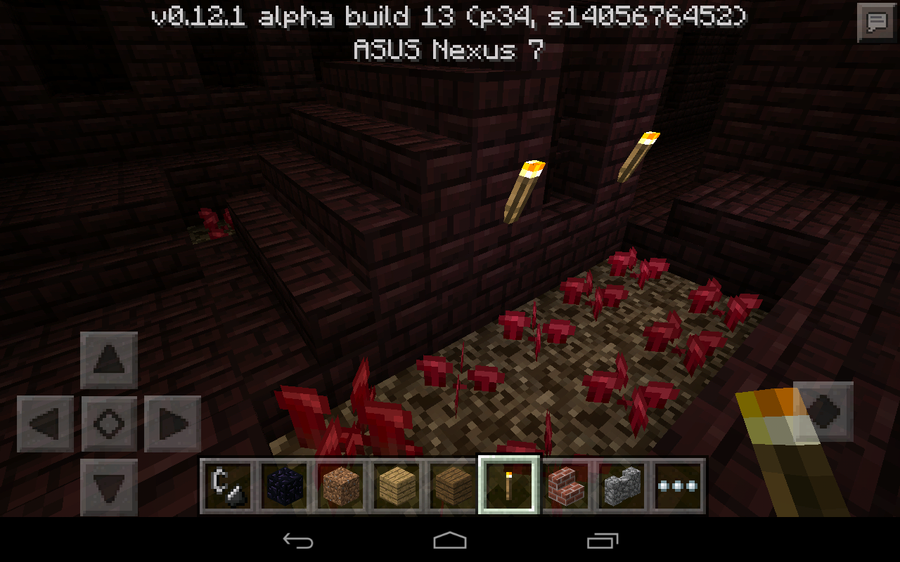 We need to find two things in The Nether: a Blaze Rod and some Nether Wart. Both can be found inside Nether Fortresses, which look like large dark brown buildings.

Inside you should find some Nether Wart growing. Take it, and also grab the Soul Sand that is is growing in. You can grow your own Nether Wart back above ground, and as this stuff is essential for potion brewing you'll want an endless supply. 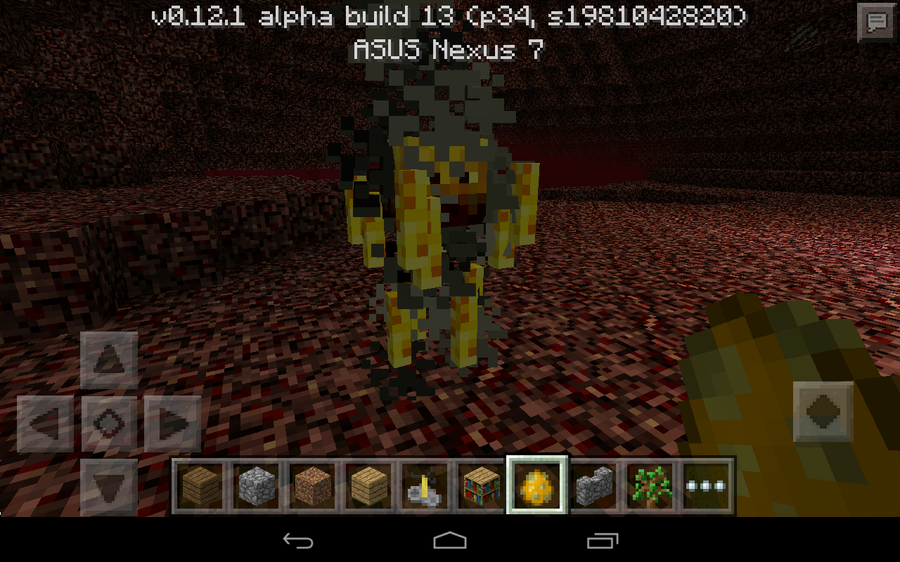 Also: kill a Blaze. They fight in groups and throw fireballs. But if you kill one, it should drop a Blaze Rod. Grab it, then high tail it out of the Nether. 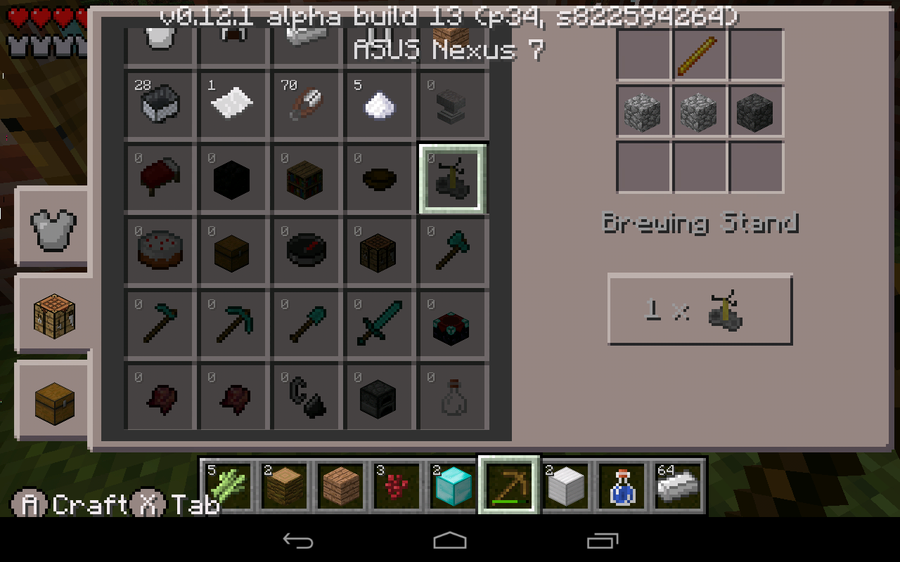 You should now be able to craft a Brewing Stand at a crafting table. You just need three cobblestone blocks to go with your Blaze Rod. Once you're done, plop the stand down and use it.

Step 5 - Make a base potion 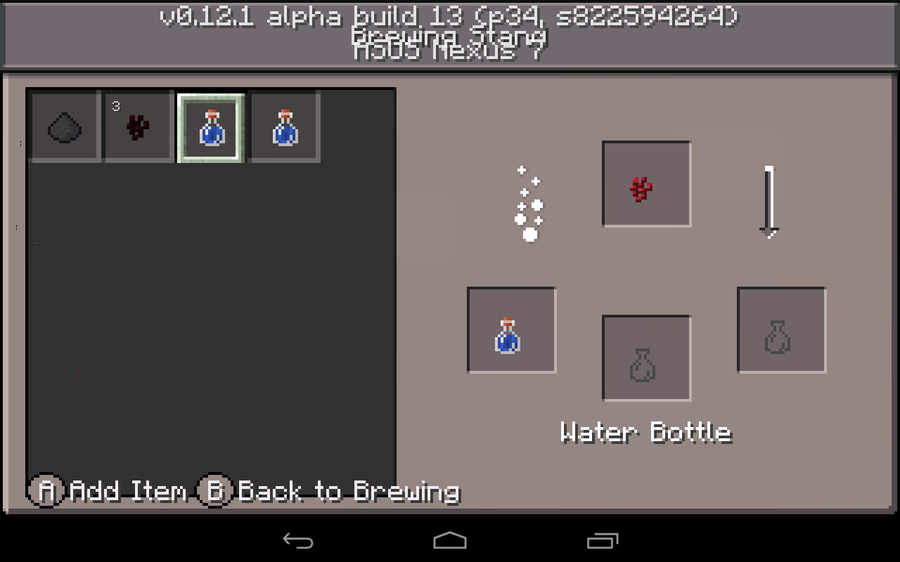 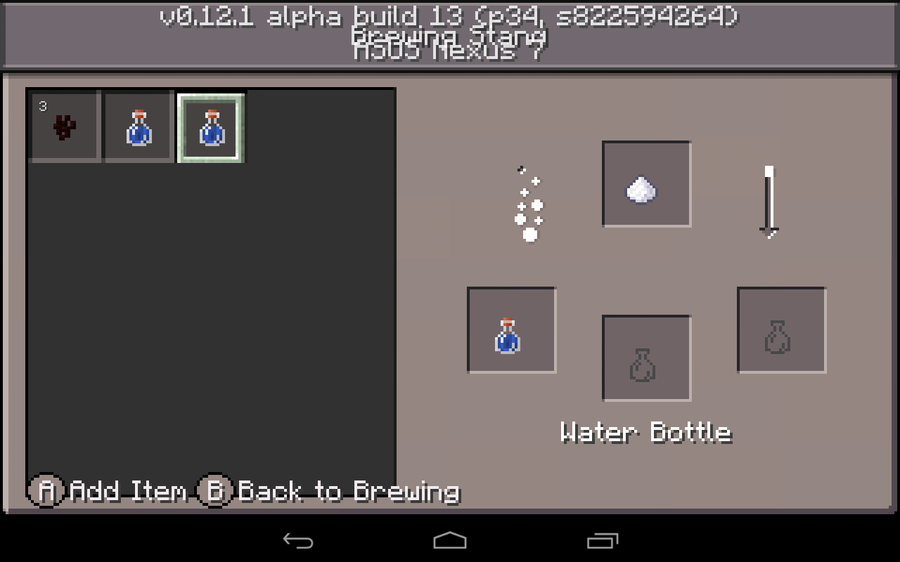 Now, put your Awkward Potion in the left slot, and your ingredient in the top. The easiest ingredient to get, if you're just starting out, is sugar. You can get this by chopping down sugar canes and turning it into sugar. 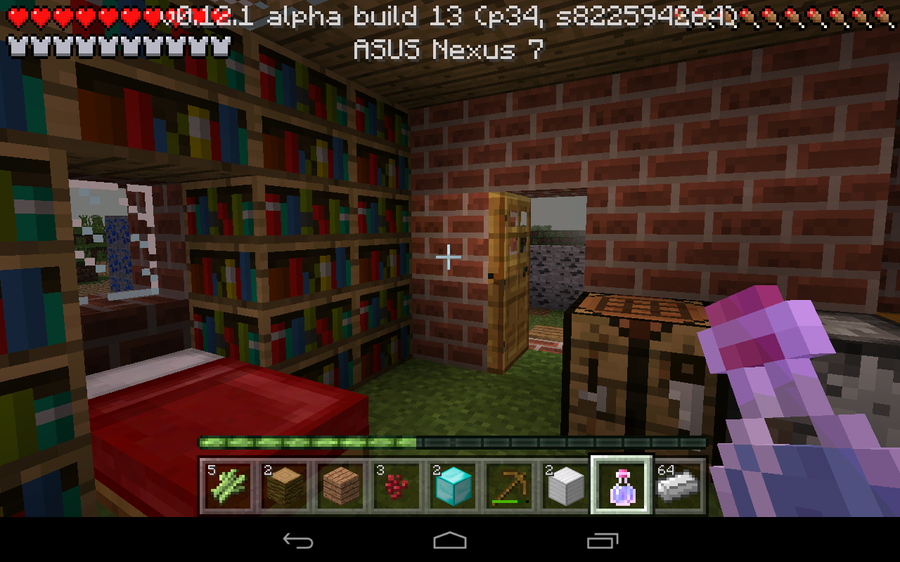 Put those together and you'll get a speed potion which makes you run faster. Just drink the potion and your top speed will increase for several minutes.

Here are the other potions in the game, courtesy of the MCPE Wikia.

Step 7 - Make it even better 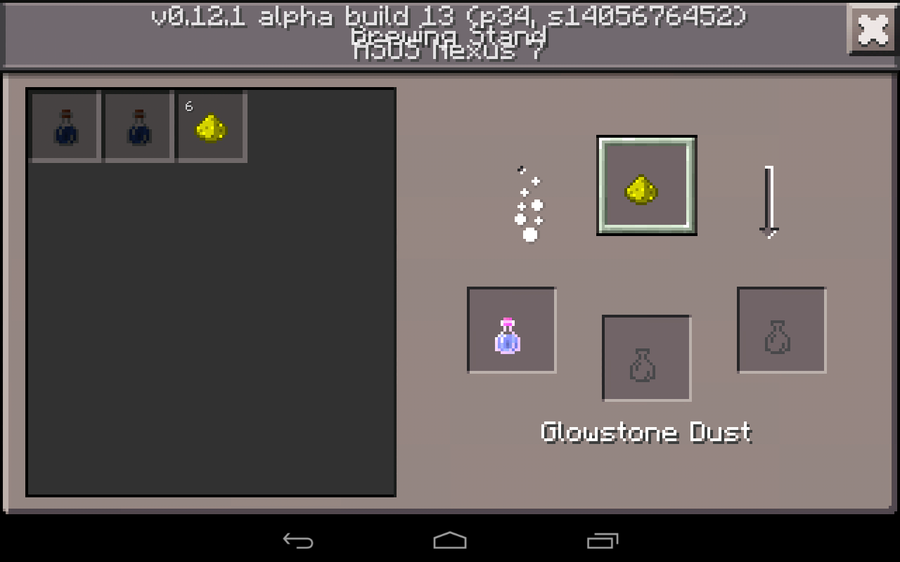 A few different ingredients can be used on an existing potion to make it even better. 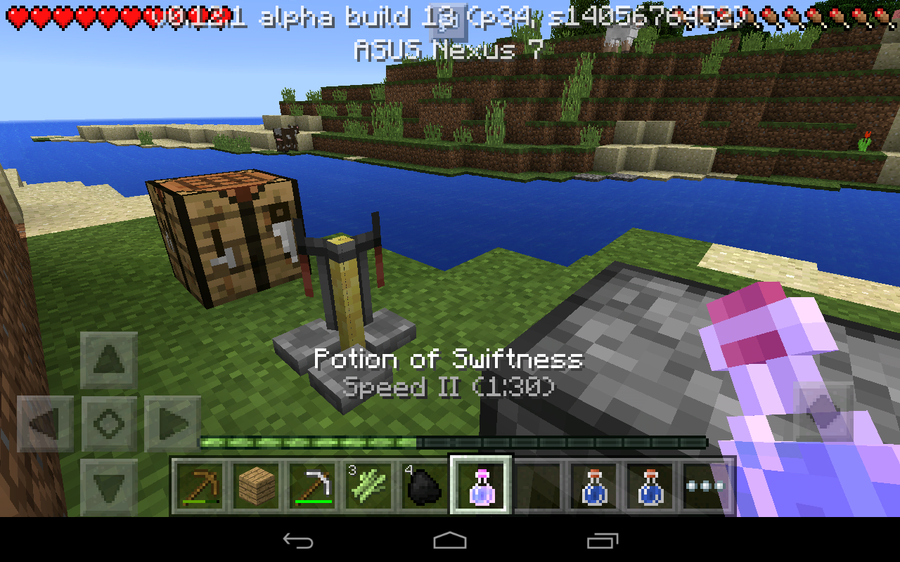 A fermented Spider Eye (a spider eye mixed with brown mushroom and sugar) corrupts the potion effects, making them harmful to monsters. Then, use gunpowder (dropped by Creepers) to create splash potions, which can be thrown at enemies to pass on the effects.

Here are the recipes for that:

Let us know how you get on in the comments below.

Next Up :
Tales of Grimm gift codes - get your diamonds, gold and promotions stones (August 2022)