Clone Wars: how copycat games are ripping off gamers and ruining the App Store

Gamers tend to be pretty tech-savvy. They're wise enough in the ways of the internet not to fall for phishing scams or 419 fraud. Recently, however, a serial offender hit us with the most delicious bait of all - games.

A legitimate looking new title called Minecraft: Pocket Edition 2 hit the App Store earlier this month. At about £5, the price suggested it was the premium product you'd expect.

The only obvious thing was the publisher listing, which gave the name Scott Cawthorn instead of Mojang.

Many gamers were too excited by the release to notice, and paid up. Enough to make it the fourth best-selling game on the App Store, grabbing it yet more publicity.

Anyone who downloaded and opened the game was in for a shock. Instead of exploring and crafting, they had a swipe defence game starring a ripped-off version of a Mortal Kombat character. 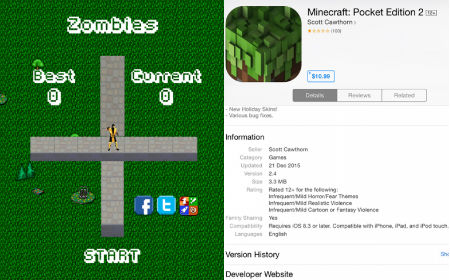 It turns out that this fraudster is a serial offender. Scott Cawthorn started his career with a useless app that claims to be a port of Five Nights At Freddy's, (which is actually by Scott Cawthon). He's also released a scam version of Mortal Kombat.

Scams on the App Store are nothing new. Most of them go unnoticed. Occasionally a high profile one will slip through the net. For example, Pokemon Yellow, which cost 79p, did nothing at all and made it all the way up to number three on the App Store.

What's scary about this most recent event is how easily it happened, and how it shows that Apple has learned nothing from previous abuses.

Consider - Apple already had a big warning shot with Pokemon Yellow. Minecraft is one of the highest-profile games around, owned by a software giant, yet there was zero press for this supposed new edition.

There are no policies in place and no word as yet whether people who fell victim to the fraud will get their money back.

If Apple can't manage to stop this, what hope is there for it catching cleverer scams, or ones based on less well-known franchises?

You might think that this isn't a long term problem, or that you're smart enough never to fall for one of these copycat apps. But the truth is that Minecraft: Pocket Edition 2 was just the most visible end of a very large wedge.

And the existence of growing numbers of fradulent apps makes it increasingly hard to find the diamonds in acres and acres of rough.

Take the popular and brilliant puzzle game Threes. We gave it a Gold Award because we thought it was ace. So did lots of you.

Unfortunately, so did a lot of freeloading developers who decided to rip it off. One of them was 2048, and the people responsible for it decided to release their source code to the world. 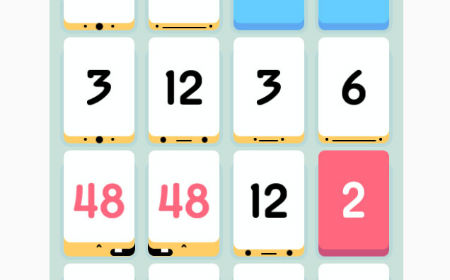 As a result, such a flood of clones hit the App Store that searching for "2048" resulted in a bamboozling array of copycat results.

If you search now, you'll see it's still a problem. Amusingly, several of the top results are clones of Flappy Bird, another top target for knock-offs.

These scam copies don't just make the App Store harder to use. They also make it harder for genuine developers to make a living. Everyone who buys a copied copy then has less money to spend on the real thing.

It's an even bigger problem on Android, because Google Play has an even lower entry barrier. And that's often cited as a reason why users prefer Apple to Android.

It's also a contributing factor to why Android users spend less on Apps than Apple ones. Which, in turn. discourages devs from releasing to the platform.

Do you really want to see PC developers discouraged from porting to mobile due to this spreading issue?

If you're in any doubt just how bad this problem has the potential to be, take a look at this blog post by a digital entrepreneur.

It's one of the most depressing things about gaming you're ever likely to see. It's a business plan to make money by developing a rubbish game, then reselling it endlessly with different skins.

This isn't illegal, of course. But it shows how low some people will stoop to turn a handsome profit from our hobby. Look at all the comments beneath, praising the advice and pledging to copy it.

If mere profiteers are happy to drown us in crap apps to turn a quick buck, how much further will actual criminals go?

In fairness to Apple, it's a difficult problem to counter. Very few Apps don't borrow significantly from something or other.

So when drawing up terms and conditions, it's tough to draw a fair line over what does or does not constitute a "copy".

But it could certainly do a whole lot better than allowing customers to waste £5 on something that is clearly not what it claims to be.