Merge Town! tips and tricks - how to efficiently grow your ever-expanding city

One tile at a time

Merge Town! is a tile-merging clicker with building expansion in the vein of Triple Town. Your goal is simply to keep combining like buildings into larger creations to discover new and more lucrative housing.

Although the overall gameplay is pretty straightforward, we've put together a few tips that should help you maximize the time you spend tapping, sliding, and expanding. 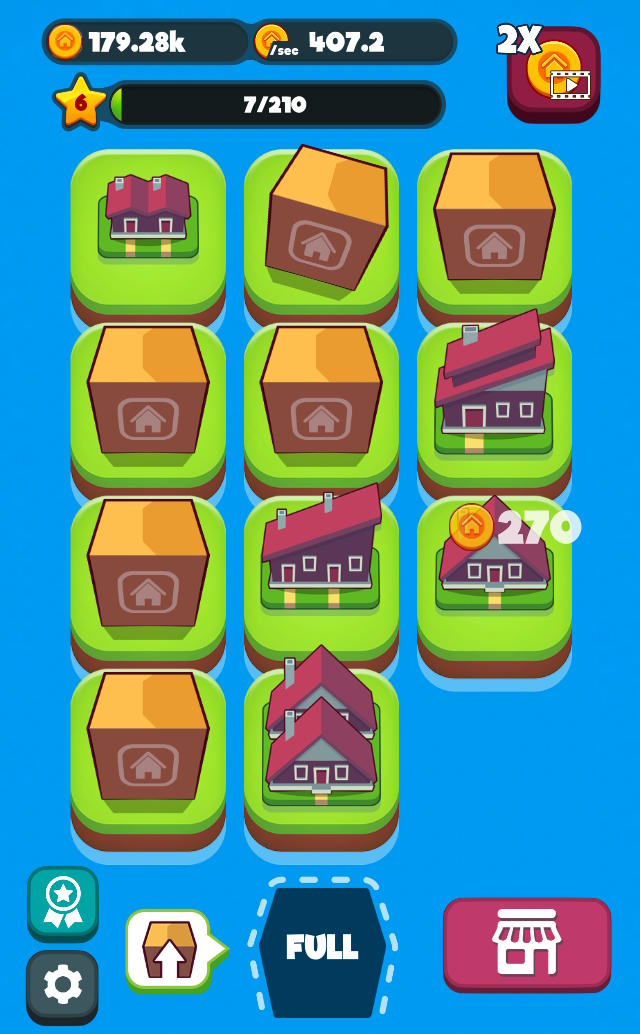 Although the merging gameplay feels reminiscent to puzzle game Triple Town, there is no fail state in Merge Town! You can fill the board entirely with buildings and crates without getting stuck since tiles can always be swapped and merged to create more room.

Because of this, we recommend tapping on the crate at the bottom of the screen to fill your board with boxes and then opening and merging them. It's faster to focus on one area—tapping or merging—at a time than to constantly switch back and forth between them. And while you're opening and merging, new crates will continue appearing automatically.

Swap 'til you drop

Buildings can be moved anywhere on the board at any time. You can drag a building to an empty tile to relocate it or drag it on top of a non-like building to swap their locations. You can move a building to any new location or merge it with any like item on the board no matter how far away it is (they don't have to be adjacent).

You can move crates by dragging a building onto a crate to swap their locations, but there's rarely any reason to do so instead of simply opening the crate and then moving the building that was inside of it. 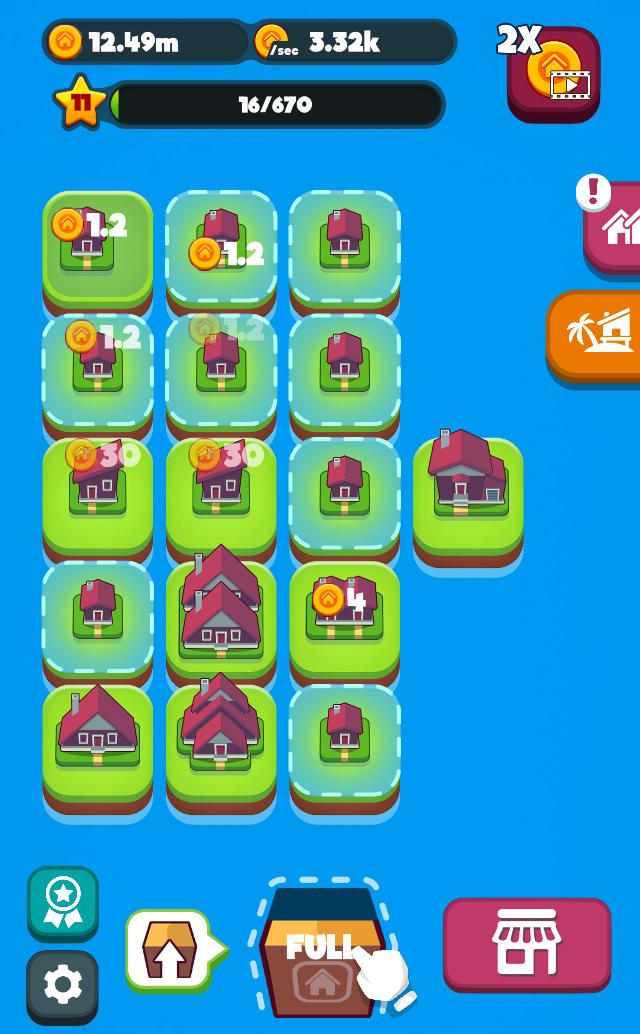 At the beginning of the game, you won't have many buildings to keep track of. But as you discover new objects and your board fills up with higher level homes, you'll have buildings that can't be merged just taking up space.

We like to move our highest level building to a corner or edge where it will be mostly out of the way. This is also a good reminder that making a duplicate of that particular building is your current goal.

Since many of the buildings look similar, a quick and easy way to tell if there are any matches available is by tapping and holding on a particular tile. Any other buildings of the same level that can be merged with that location will receive a dotted line around the edge of their tiles. 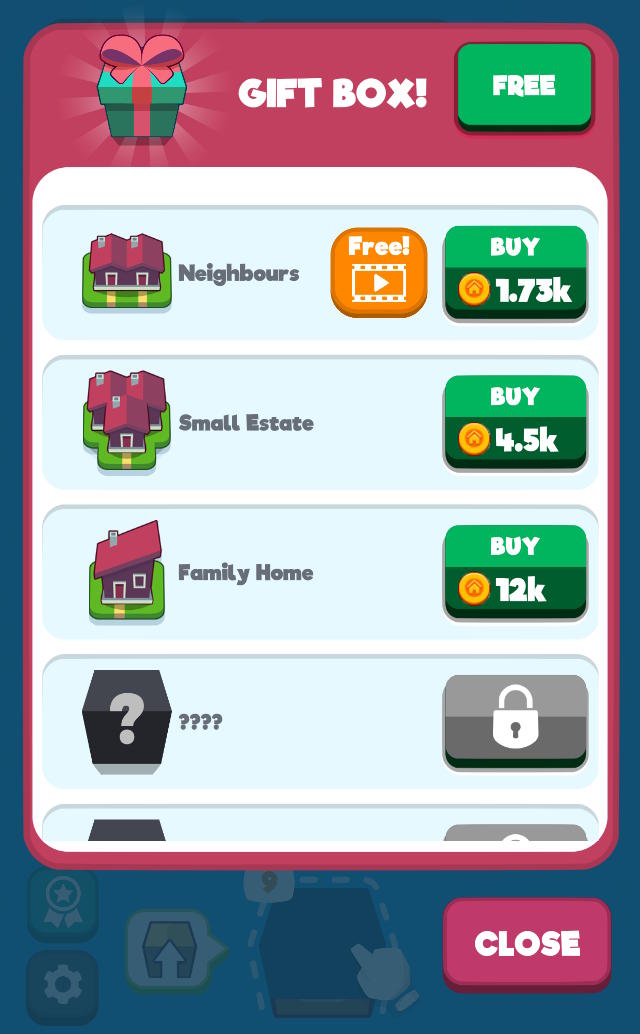 Save for the future

As you discover higher level locations, you'll unlock new buildings in the shop. These buildings are one-time purchases that are delivered to your board immediately: so, if you buy a Duplex, you'll receive one Duplex directly without having to merge up to it.

This is a great time saver, but there's little reason to spend all your money on lower-level buildings as these will be quick to create. Save up your cash for later levels when you're asked to make multiple series of merges and can swap in a higher level purchase.

However, you should still check in on the shop every once in a while. Once you reach level five, the top bar of the shop will offer you a free crate every couple hours. There are also often free buildings that can be earned by watching a video. 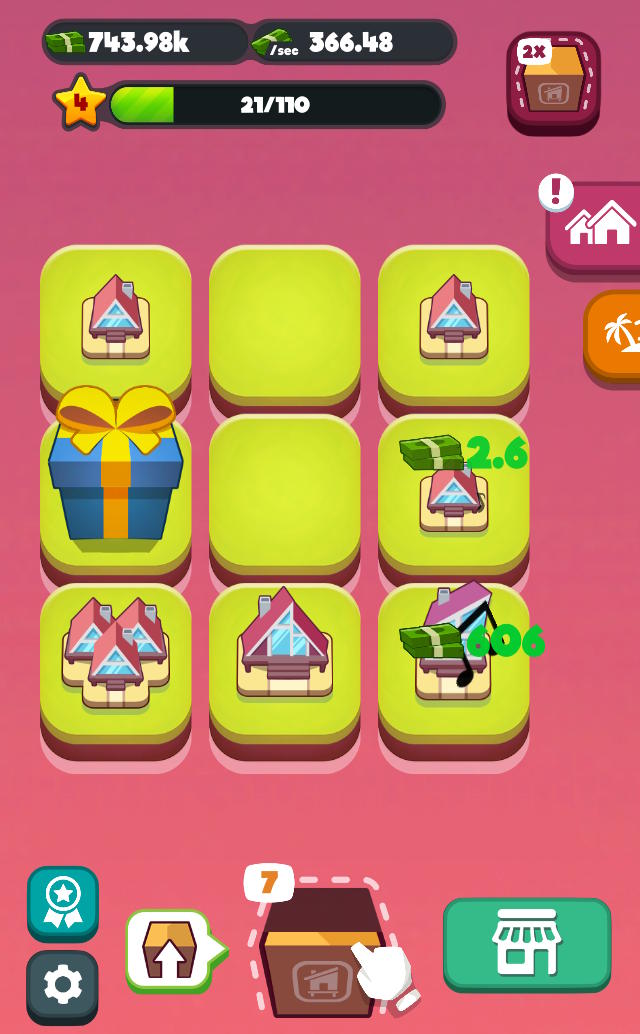 As you make merges you'll gain experience towards the next level, visible as a progress bar under your coin count. The higher level a building, the more experience it awards when merged: base buildings that come out of standard crates are worth one point, the next stage (like Neighbours) is worth two points, etc.

Once you reach level eight, you'll unlock the second town: Sunsetland. You can then swap between these two towns freely, building each separately.

Sunsetland has a much longer period between crates appearing. It takes 20 taps for a new crate to show up on the board as opposed to Greenland's 10 taps. These taps also translate to seconds, so even if you do nothing for 20 seconds, a new crate will also appear.

Once you have multiple towns running, we recommend focusing on the faster crate-populating town when actively playing—tapping on crates—and switching over to other towns once their board has filled with boxes. You can tell a town's board is full when an exclamation point appears on its tab.

As you unlock new towns, the goal remains the same: keep merging buildings to discover new, higher level locations. Even with efficient tapping and switching between cities, uncovering all the buildings in any town will take quite a long time. Keep in mind that you earn money and crates while the app is closed, so you can keep making progress even when you're not actively playing.