It hasn’t even been a week since Marvel’s Spider-Man: No Way Home released and it has already been touted the best Marvel movie till date and no, it is not because of recency bias. It already beat Avengers: Infinity War on opening day box office numbers and is on the road to achieve much more. There’s no reason to not celebrate this movie and Netmarble’s Marvel universe-inspired RPG Marvel Future Fight is doing exactly that. There are no spoilers for the movie below so continue to read without fear in case you haven’t seen it yet.

Marvel Future Fight is introducing new suits that Peter Parker dons in Spider-Man: No Way Home today, December 22nd. Alongside this are new content updates as well. The scarlet spider is not the only one receiving new costumes. He and iconic characters from his universe like the Kingpin and Black Cat will also put on new threads. Look at the list of the five new costumes coming to the game below: 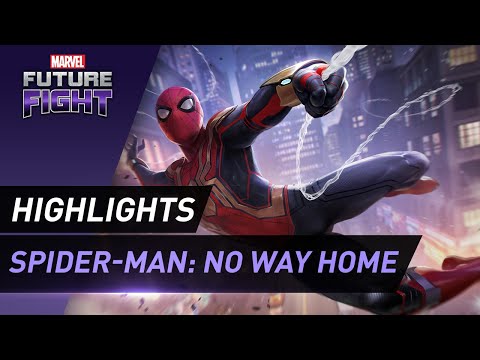 With this, Dispatch Missions will also see the addition of the newly themed Sector and Sector 12 missions that will place players in high difficulty missions that will test their battle skills and also provide generous rewards. Two other anticipated features being added to Marvel Future Fight include the ability to autoplay missions in Alliance Battle and an Auto Repeat functionality for the Dimension Rift game mode. Finally, Kingpin can also be boosted to Tier 3, allowing him to learn a brand new Ultimate Skill.

Marvel Future Fight recently celebrated its sixth anniversary with over 120 million players. Have Peter Parker fight enemies in the new suits from Spider-Man: No Way Home by downloading the game for free on the App Store and Google Play.

On the lookout for an action game? Then, check out this list of the best action games to play on mobile!
Next Up :
NCHE: The Escape is an upcoming zombie-filled title coming to iOS and Android in March 2022