Just in time to celebrate the new Netflix series

Given that today is the launch day of Netflix's original series Marvel's Jessica Jones it should be no surprise that the titular lady has invaded two Marvel mobile games.

Firstly, Jessica Jones is now available as a new character in Marvel Future Fight. She'll quite happily kick some baddie ass for you.

You can download Marvel Future Fight with this new update for free on the App Store and Google Play.

The other game that Jessica Jones makes an appearance in is Marvel Contest of Champions.

You'll be introduced to her during a special quest that has you searching for Daredevil. Yep, Daredevil is joining the game as a character now.

You can see Daredevil showing off his special moves in the video below. 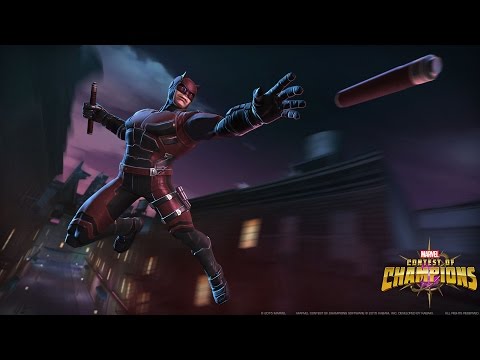 Speaking of videos, there's another Marvel Contest of Champions video to watch.

It's actually a TV commercial and we're told that it's worth paying special attention to for new a character appearance (as some people have already spotted, yeah, it's Groot).

Give that commercial a watch right here.

And if you haven't already, you can download Marvel Contest of Champions for free on the App Store and Google Play.