Netmarble has just announced a new update for its mobile superhero game Marvel Future Fight. Version 8.3.0 is called Fear Itself and draws inspiration from the Marvel comics run of the same name. In case you haven’t heard about the series, it involves Odin’s brother The Serpent as the main antagonist as he wakes from the dark prison and ascends onto the Earth where he spread fear in all human beings. All of Earth’s Mightiest Heroes are forced to team up so that this menacing threat can be defeated. 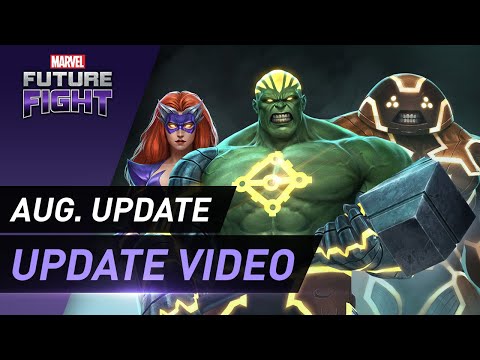 The Serpent doesn’t do the dirty work himself though. He gives special hammers to some characters who become even more powerful and form his group of minions called The Worthy. There are seven of them in the comics but Future Fight will feature four of them, namely, Juggernaut who becomes Kuurth: Breaker of Stone, Titania, now Skirn: Breaker of Men, Absorbing Man transformed into Greithoth: Breaker of Wills, and finally Hulk who took on the mantle of Nul: Breaker of Worlds.

Due to the magical hammers, The Worthy has become extremely powerful and is wreaking havoc in Marvel Future Fight. Juggernaut, Titania, and Absorbing Man have received Transcend Potential thanks to The Serpent, while Hulk can go to Tier four now. And this is just a fraction of their power. Expect them to cause a lot more chaos in-game.

The August update also gives Thor: Love and Thunder’s villain Gorr the God Butcher a new look. Last month saw his addition to the Legendary Battle but he’s taking things further with even more abilities and moves. He’s now a World Boss Legend, who can only be defeated by tier three and four heroes, or those who have Potential Transcendence. It is important to learn Gorr’s attack patterns if players wish to enslave him and reap all the rewards.

It seems like the villains are shining quite bright in the August update. Download Marvel Future Fight now by tapping on one of the links below.

Also, check out this list of the best superhero games to play on mobile!
Download now!
Marvel Future Fight

Next Up :
Out of The Park Baseball GO 23, the latest in the popular baseball simulation series, launches for iOS today