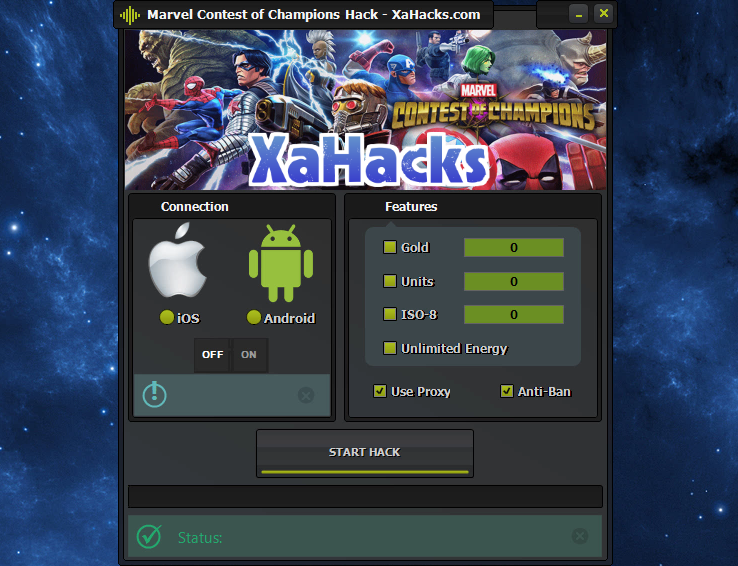 If you search for Marvel Contest of Champions on Google, you'll see that "hack" appears high up in the list of search suggestions.

And if you curiously click on that, you'll notice that the internet is awash with software and websites that claim to be able to hack the game and provide you with free currency, characters, and instant access to high level content.

This is a quick public service announcement to let you know that not only do these hacks not work, but there can be serious consequences to using them. Here are five reasons why you should ignore the hacks, and just play the game honestly.

The programs are packed with viruses

These hacks often involve downloading some dodgy executable to your computer. Surprise surprise: these things are often packed with viruses and malware that can wreck your computer or send information (like passwords and credit card numbers) back to fraudsters.

Those survey sites want to spam you

Many of these hacks say you need to complete various surveys or offers before you can get the hack. If you fill them out properly, with your own phone number, email, and address, you can expect to be spammed and cold called for the rest of your natural life.

The hacks don't even work

Even if you run the program through a virus checker, or put fake information into the survey, you'll have wasted your time: the hacks don't work. They're fakes, riding on the coattails of a popular game. Besides, even if they did work, the "hacked" information would be immediately overwritten by your real data, as soon as you connect to the server.

You could be banned from the game

Let's say the hacks did work - if so, you're putting your account in jeopardy. Contest of Champions developer Kabam has previously said that it will permanently ban users from the game for tinkering with their own accounts. In a statement released when it discovered that some users were hacking another of its game, Kabam said "this type of fraudulent activity is very serious, and we will take swift and strict action against the players involved".

Hacking a game to give yourself free currency is no different to downloading a game off The Pirate Bay. It might feel different, or cost different, but you're still stealing from a developer. Say what you will about aggressive monetisation and unfair free to play tactics, but the way to protest gross business practices is simply to boycott them.