How to play as Marvel's Doctor Strange on iOS and Android

There's no magic to it

Doctor Strange hits cinemas this week (next in the US), introducing the weirdest and most mystical chapter of the Marvel cinematic universe yet.

He's being played by Benedict "excellent at playing eccentric clever-clogs types" Cumberbatch. We must say, he appears to pull of that hammy red cape and goatee combo rather well. Now that's acting.

Mobile gamers should know that you can already play as Doctor Strange in a handful of iOS and Android games. Here's where. 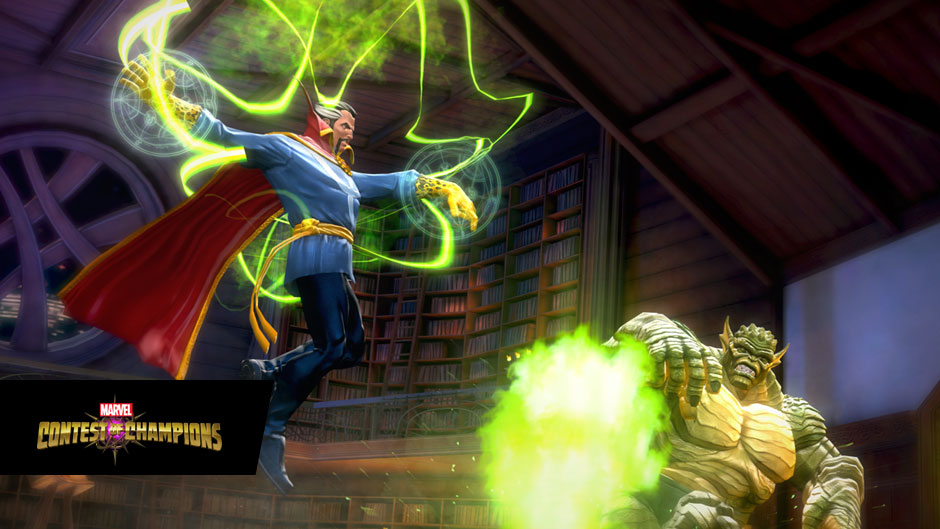 Kabam's excellent freemium beat-'em-up, Marvel Contest of Champions, already added Doctor Strange to its extensive roster way back at the beginning of 2015. If you haven't encountered the man himself just yet, you may have caught one of his home arenas - probably the one with all the weird stuff floating around in the background. Spooky.

At the time of his addition, Doctor Strange was described by the developer as one of the most powerful characters in the game, with a number of buffs and the ability to charge up his specials without brawling. What a guy.

In November, the game will be getting a new Strange-themed event quest, Sorcerer's Enclave, while Baron Mordo and Brother Voodoo will also be added as characters. 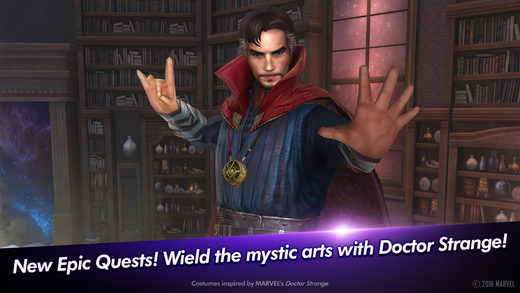 Like Marvel Contest of Champions, Marvel Future Fight enables you to pick from a whole bunch of Marvel's finest in an epic battle. Here, however, you get to wander around with your super-team, beating the living daylights out of a bunch of stooges in dungeon crawling style.

Doctor Strange has just been added to Marvel Future Fight. We're not getting the full-on Cumberbatch-style seal of approval here, but rather a Strange that's been "Inspired by Marvel's Doctor Strange".

You also get a number of the key supporting characters inspired by the film, including Baron Mordo, Wong, Kaecilius and the Ancient One. Also thrown in is a new Epic Quest mode that lets you play through related missions with Strange. 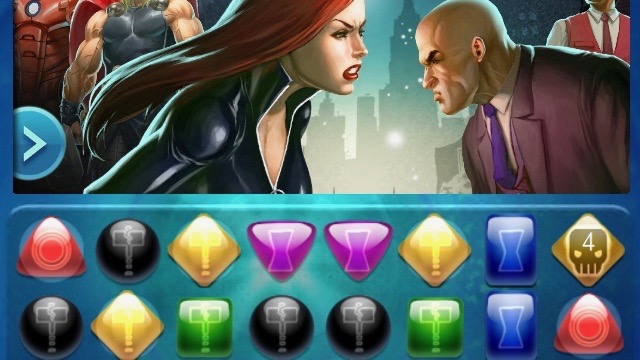 Yes yes yes, it's all very well directly controlling your favourite superheroes in thrilling combat. But what if you want to play an abstract match-three puzzler with only a tenuous link to popular comic book characters?

Funny you should ask. Marvel Puzzle Quest is just such a game, you lucky thing. It's pretty good at what it does, too. 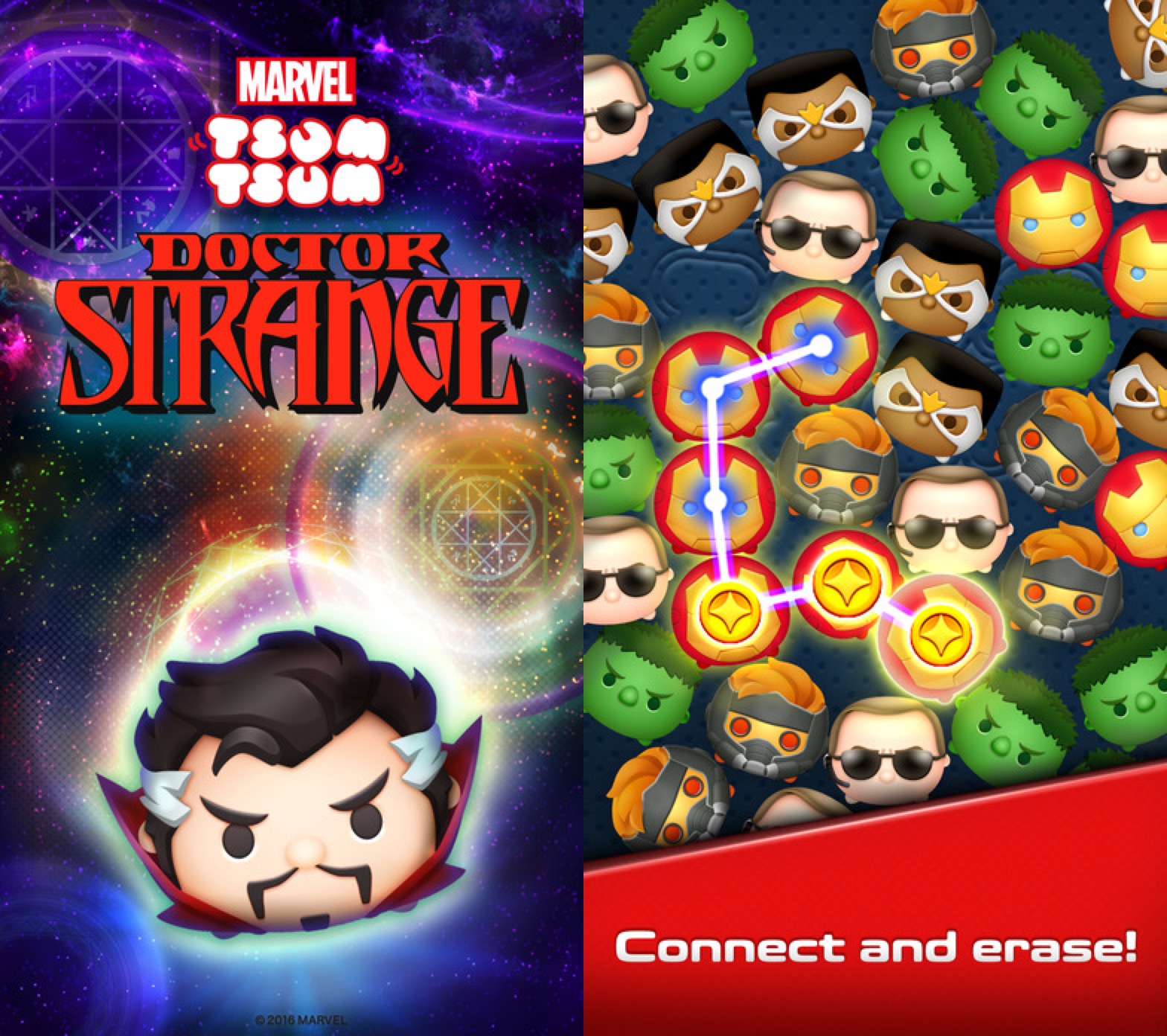 What's a Tsum Tsum, you ask? Man, you're old. They're Disney's popular brand of plushy toys, styled after popular characters and designed to be stacked in pyramids.

Marvel Tsum Tsum takes the comic book-flavoured Tsum Tsums and creates a cute matching battle puzzler out of them.

Marvel Tsum Tsum has now added Doctor Strange (and the Ancient One, and Baron Mordo), who looks particularly adorable in squat plushy form. Mind you, we suspect anyone would. 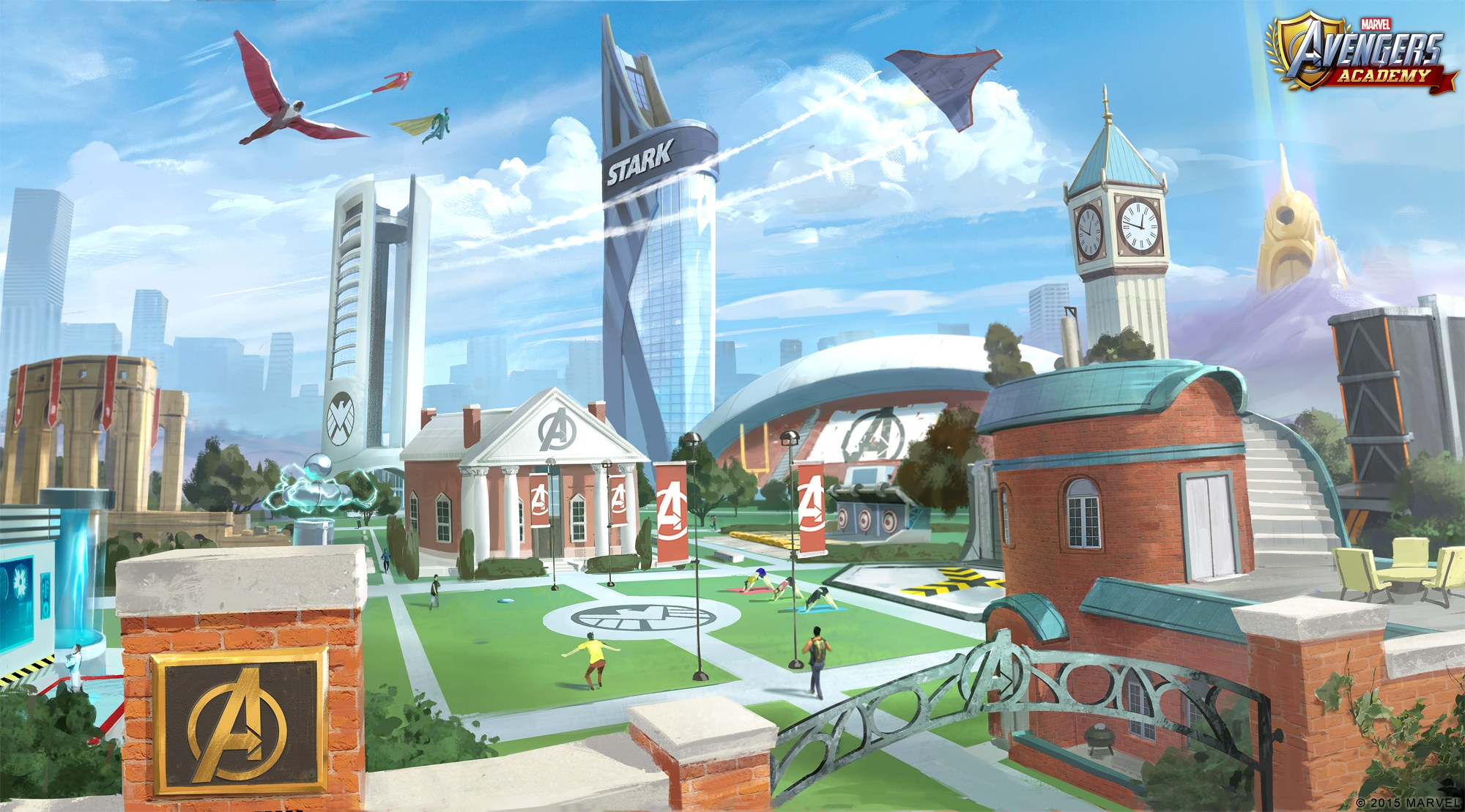 To be honest, we weren't massive fans of this freemium management game, in which you complete quests as a cast of obnoxious teen versions of Marvel's popular team.

But plenty of people clearly disagree. Such ones might be interested to learn that a teen version of Doctor Strange will be arriving at Marvel Avengers Academy on November 4, along with some new environments.