A ton of Marvel games have been updated with content from Captain America: Civil War

Here's a roundup on which apps were updated and the content that it brings:

In Mix+Smash: Marvel Super Hero Mashers (iTunes/Android), you'll find T'Challa, a character introduced in the new movie that you'll be able to play with.

If you're booting up MARVEL Future Fight (iTunes/Android), you'll be able to join the Civil War event and play with some new heroes and uniforms. You can also fight Thanos and his Black Order generals Supergiant and Ebony Maw as world bosses. 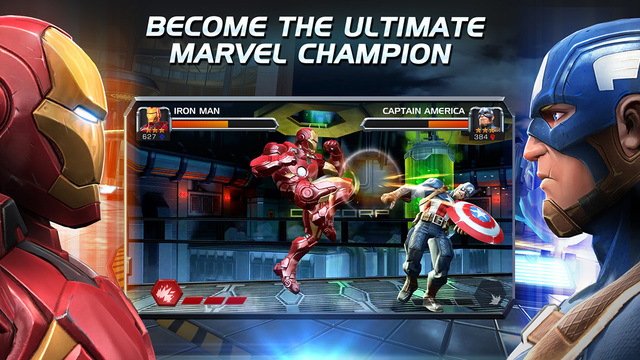 In the popular MARVEL Contest of Champions (iTunes/Android), there's also a Civil War event going on and you'll even be able to choose sides to earn faction specific rewards.

In Marvel: Avengers Alliance 2 (iTunes/Android) you'll find plenty of improvements to the game on top of new heroes such as Captain America and Iron Man as they are represented in the movie. Some new missions will also await you in Spec Op 2: Captain America: Civil War.

Finally, in Marvel Puzzle Quest (iTunes/Android) you'll also be able to choose your side (notice a theme here?), with Steve Rogers (First Avenger) and Iron Man (Mark XLVI) being unlockable.