Maracaibo, the digital adaptation of the board game, is heading for iOS and Android next week

Developer Spiralburst Studio has announced that Maracaibo, the digital adaptation of the board game, will launch for iOS and Android early next week on December 20th. The team intended to release it late last year, but the development took longer than expected.

For this digital adaptation, Spiralburst Studio worked closely with the original designer Alexander Pfister and publisher Game's Up. Together they have looked to ensure a faithful recreation of the tabletop version. If you're unfamiliar, Maracaibo is a strategic board game that can be enjoyed with one to four players.

It sees you sailing around the Caribbean in the 17th century, stopping at different spots on the board to complete various quests, upgrade your ship for the journey ahead, or battle against fiendish pirates. There are also cards available that will prove crucial in determining your strategy during that particular session. Each provides different abilities and bonuses, with each game offering a new set of cards. 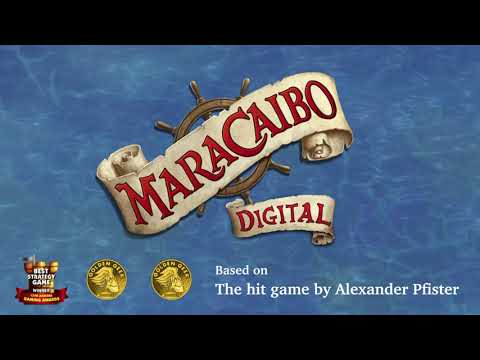 Maracaibo will feature an interactive tutorial to help you get to grips with the rules if you've never played it before or simply need a quick refresher. Beyond that, there is a legacy campaign, and numerous scenarios available for quick play.

It has both solo and multiplayer options as well, with local pass and play with two to fours players available. If you'd prefer to play on your own to brush up your skills before facing off against other people, there is an Automa mode where you can play against the AI with five different difficulty levels to choose from.

Maracaibo will release on the App Store and Google Play on December 20th. It will be a premium game that will cost $7.99.

Did you know there are plenty of excellent board game adaptations available on mobile? Here are 25 of the best available for Android phones and tablets
Next Up :
Boltrend Games' Graffiti Smash is an upcoming PvP slingshot battler that is now available for pre-registration