After three entries on mobile platforms, Deep Silver FishLabs' Galaxy on Fire has made the leap to Nintendo Switch with a port of the third entry in the franchise, Galaxy of War 3 - Manticore, renamed Manticore - Galaxy on Fire (for marketing reasons, we'll presume).

All in all, this is a very good port and - until I was doing A Journalism and checking the facts - I actually didn't realise it was one.

The game looks gorgeous on the Switch's screen both docked and handheld, something it would seem the developers are keenly aware of as they added in an Action Freeze functionality which, as the name suggests, freezes the action and let's you look at your ship and its surroundings.

If you've played any recent first-party PlayStation 4 games, it's pretty much the equivalent of their Photo Modes.

Galaxy on Fire casts you as a hot shot space pilot working for the titular Manticore group of mercenaries, tasked with - generally - trying to shoot the hell out of pirates in a variety of different ships. 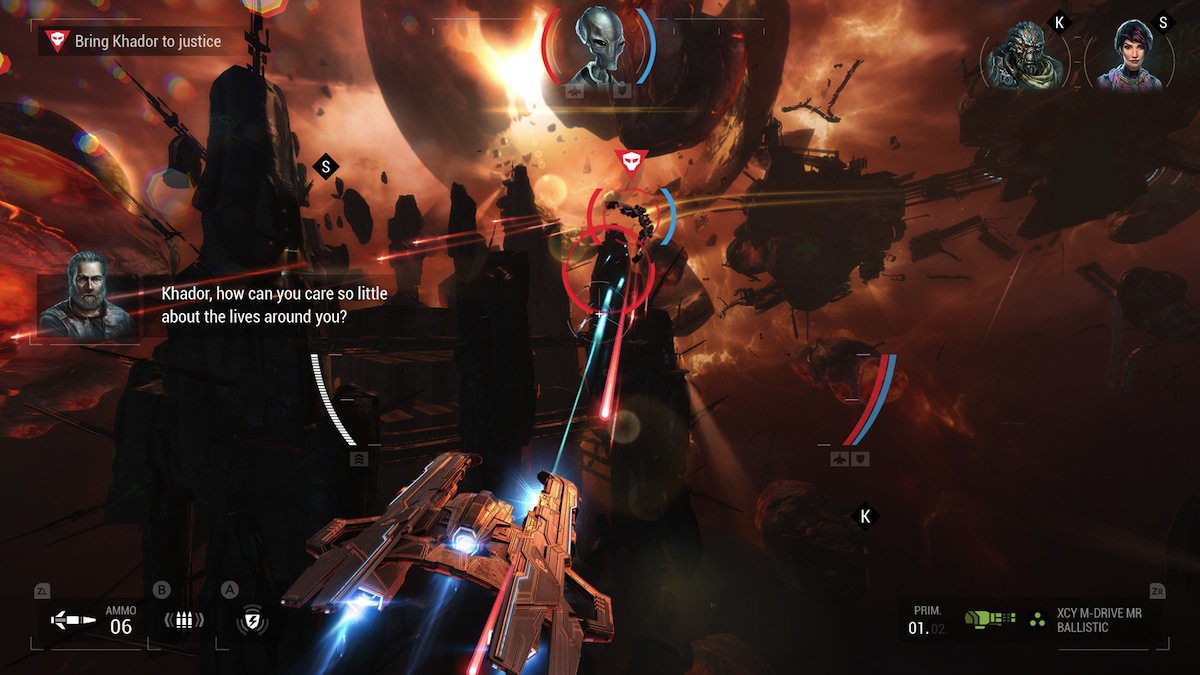 The controls are super smooth and easy to use, serving to really let the combat shine. If you've ever watched Battlestar Galactica - and shame on you if you haven't - and loved the high-octane space battles with crazy agile ships, you'll be in love.

The left stick controls where you look and where you're going, while the right is used to boost, slow down, and do barrel rolls.

Rolling to avoid projectiles from an enemy ship you're playing chicken with only to screech past them, immediately slow down and turn to chase before icing them is a fantastic feeling, I'm not going to lie.

There's a decent variety of mission types, though I feel there could have been some more interesting scenarios. Missions usually consist of you arriving at a location, having to defend something - normally a space ship or station - from a variety of enemies. They typically end with a boss fight.

These brawls are where the combat really comes into its own. Fighting regular enemies is fun, but they rarely provide much of a challenge, even on higher difficulties. You never really feel any pressure with them. However, the boss fights are way more intense and provide a real challenge as you try to outmanoeuvre them and their attacks. 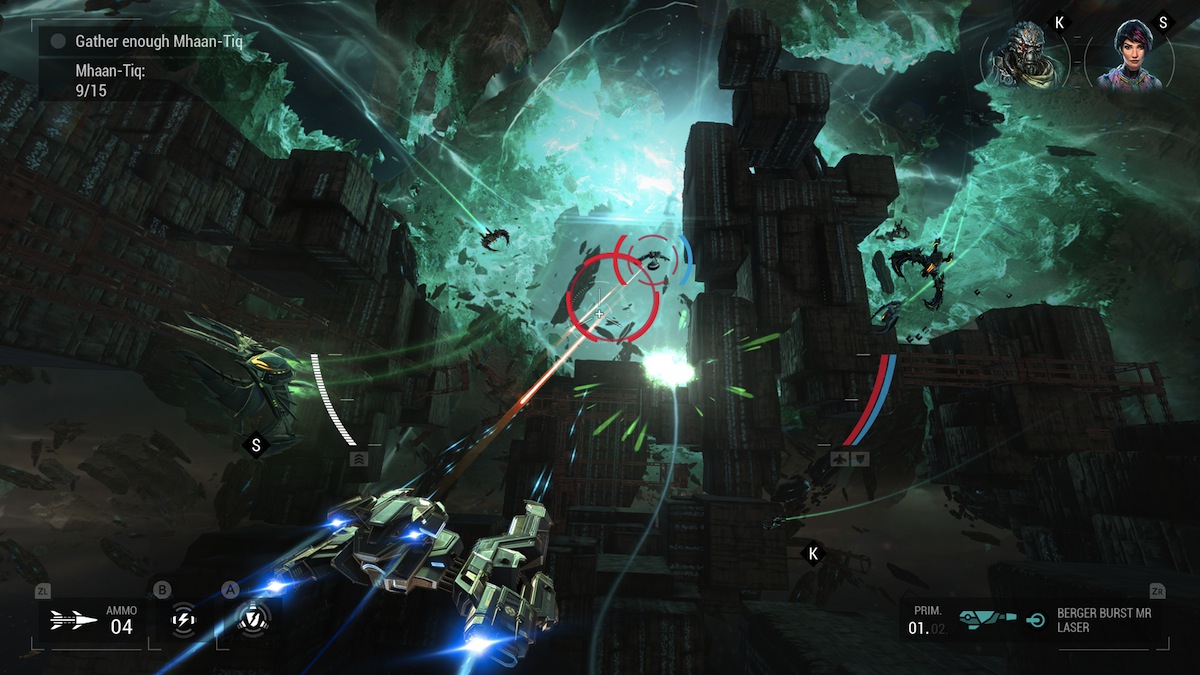 That Galaxy on Fire runs at a smooth 60 frames-per-second also serves to make the combat feel even slicker.

As mentioned before, this is actually a port of the third entry in the Galaxy on Fire series, and that's the only area where you really feel like you've missed out.

Some extra back story or context about what you're doing would have been nice, but the narrative that is there is interesting with some neat, well-acted characters. The ship's risk-adverse and sarcastic AI is a particular favourite.

If this aspect of the game is something that interests you, there are intel pick-ups in the game which fill in some of the lore. The story does start with a planet getting blown up, though, if you want an idea of the stakes.

Galaxy on Fire - Manticore will certainly scratch the itch of any wannabe Maverick or Starbuck and provides slick space combat that is satisfying and easy to pick up.

Some tougher AI would have been nice, but as it stands this is a fine example of the sci-fi combat genre.

There are a few problems here and there, but all in all Manticore is a brilliant deep space shooter
Next Up :
Happy Game review: "Don't worry, be happy?"