Fans were all set to get their hands on Deep Silver’s Manticore: Galaxy on Fire for Nintendo Switch back at the end of March, but were disappointed by a last minute delay to the game. The developers decided to push back launch due to a last minute issue that couldn’t be fixed prior to the original launch window. Luckily, the wait is almost over. Manticore: Galaxy on Fire is now set to release on the eShop next Thursday. 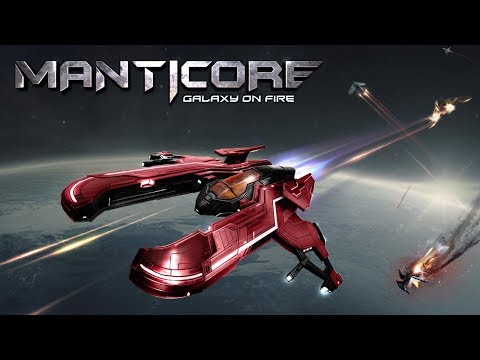 Manticore is a classic sci-fi dogfighting series filled to the brim with fiery spaceship battles and all of the tactical maneuvering therein. To say we like it a wee bit would be an understatement—We gave Galaxy on Fire 3 - Manticore for iOS and Android a Gold Award. This Switch entry in the series features a story campaign that will run over eight hours, and a huge map with 35 locations in which you can wage your inter-stellar battles. Manticore: Galaxy on Fire arrives on April 19 on the Nintendo eShop.
Next Up :
Fantasy Town finally opens global pre-registration after successful soft launch in select regions