Manastorm: Champions of G'nar is practically the VR version of Magic: The Gathering

Except life-sized and more awesome

Feel free to get a little giddy as the pretty cool Manastorm: Champions of G'nar hits Early Access for the HTC Vive and Oculus Rift. 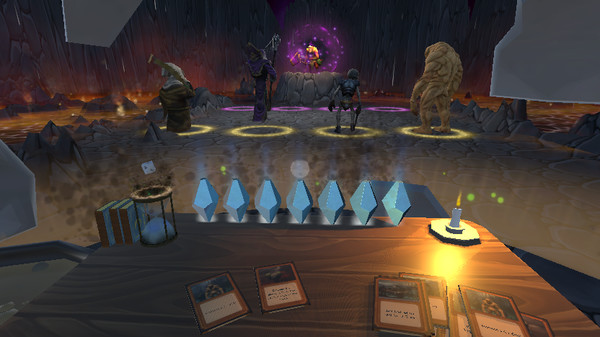 If you're a fan of Magic: The Gathering or Yu-gi-oh! there's a chance you may get kind of excited about Manastorm. Essentially is an immersive VR version of a CCG/battler where you look at your cards, pick your strategy, and watch the battle take place in front of you. It's has similar rules and physics to Tabletop Simulator, if you've ever given that a go.

On top of managing your own hand and basically living in the moment of the fight, by far the coolest thing about the game is how you put a card into play - you toss it in front of you using a motion controller. Sounds lame, looks awesome, trust me. The immersion is amplified further as you can cast spells, block attacks, shoot arrows (from an actual weapon), and more.

It's still in Steam Early Access, which means that there's still a bit to be tweaked, but I can't wait to see how it turns out come the full release day. 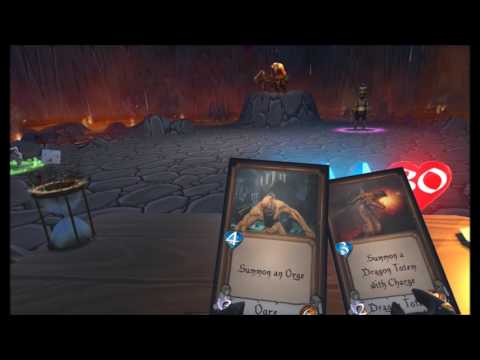