Coming to Switch on October 10th

I’ve had my eye on the Kickstarter-funded Mable & The Wood for a fair while now. It’s an inventive platformer of sorts where you play as a young, shape-shifting woman called Mable. She’s very new to the business of hunting giant monsters, and the comically oversized sword weighing her to the ground isn’t exactly helping.

As I say, Mable can temporarily transform into a variety of different shapes, each of which doubles as a special power of sorts. There’s a spider form, a fairy form, a rock form, a mole form, a medusa form, etc etc. You’ll earn these abilities from the various bosses dotted through the interconnected world. 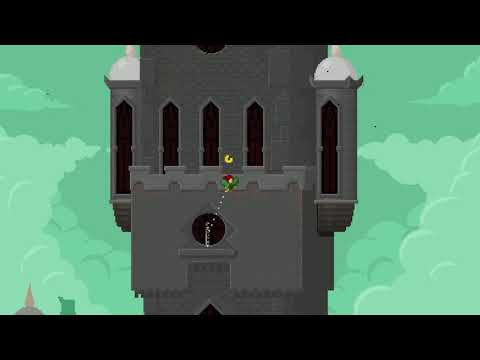 Combat for most of the game seems to be avoidable depending on the form you choose to take and how good you are at staying out of harm’s way. Inventive players might be able to make their way through extended sections without so much as scuffing an enemy.

The game looks really nice, with some striking art design on show. I’m also intrigued by the story and worldbuilding on offer here, which revolves around the overuse of magic and its negative impact on the environment.

The big news today is that the game finally has a firm release date. Switch owners will be pleased to hear that Mable & The Wood is coming to the Nintendo eShop on October 10th for $14.99 or your regional equivalent. The game’s Kickstarter launched all the way back in 2016, going on to earn nearly £8,000 from over 600 backers.

The game sounds really ambitious in terms of all the different ways you can approach tackling its challenges. I also imagine that it’ll lend itself well to speed runs and repeat playthroughs, especially with the opportunity to go for multiple endings and no-kill runs.