Check out some exclusive footage

Lost Twins 2 is an upcoming sequel to the puzzler Lost Twins from developer we.R.play that will be heading for iOS and Android. It follows the adventures of the titular twins, Ben and Abi, who find themselves lost in a surreal magical world.

Throughout the game, you will be accompanied and aided by a spirit guide known as the Fenghuang bird. The developers have drawn inspiration for the aesthetic of the game from a mixture of Chinese legends alongside some of their favourite Anime. You can check out the game's look in the embedded trailer below.

And it's certainly a lovely looking game. The trailer that we.R.play has sent over to us also shows a mixture of the different gameplay and puzzles you'll be engaging with throughout Lost Twins 2, which includes using a boulder to smash some kind of giant glass dome alongside a spot of platforming. 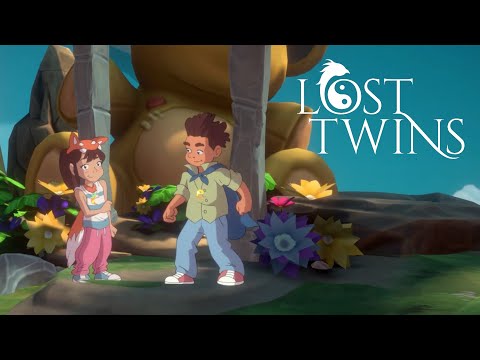 There are also segments of the game where you'll have to rearrange the tiles that make up the levels themselves. Doing so will alter the structure of that particular stage in an interesting way and will likely change how you interact with it as well.

In addition to sharing this new footage with us, we.R.play have also announced that they will be accepting sign-ups for a closed alpha test. This will give you the opportunity to play the first five minutes of the game in exchange for a bit of feedback. The link can be found in the aforementioned video above.

Lost Twins 2 will be heading to the App Store and Google Play at some stage and we'll be sure to keep you updated as and when we learn more.

You can head over to the PocketGamer LaunchPad hub to find all of our exclusive announcements from our two-day event - and don't forget to tune in at 5PM UK Time for our amazing reveal stream!
Next Up :
Black Desert Mobile reveals new Drakania class alongside other major updates and announcements