Lords Mobile: What you should know about Trial By Fire and the Lords Homecoming event

In the midst of swift dark elves and battle-hardened steampunk bots battling for supremacy across the lands, do you have what it takes to be the one true Lord who can reunite the kingdom after the fall of the true Emperor? In Lords Mobile, you take on the gargantuan task of assembling your army and fighting for dominance in this epic war strategy game, and IGG's got a bunch of exciting in-game events in store for you.

The lay of the land in Lords Mobile

In Lords Mobile, you have to build their own kingdom by recruiting fearsome troops from all backgrounds and training them to conquer enemy territories. Conducting research is necessary to upgrade buildings, and making the most of troop formations lets you unleash your inner tactician to take down your foes with ease. 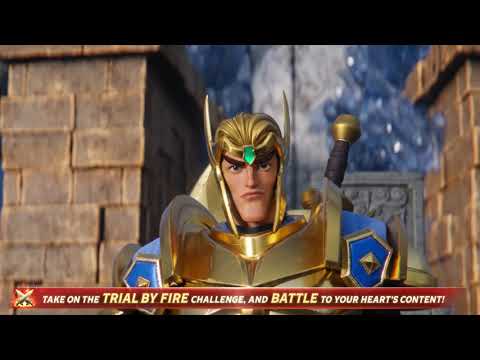 The game also features ancient Artifacts you can upgrade and unlock, as well as an adrenaline-pumping tower defence experience in the Vergeway. You can forge alliances and take part in Guild Wars, Kingdom Versus Kingdom battles, Battle Royals, Wonder Wars, Darknest Invasions and more.

Braving the heat in Trial By Fire

Trial By Fire is a new PVE mode that lets you boost your Might and train yourself by tinkering around with a wide variety of strategies and skills. You can complete stages to put your might and mettle to the test, all in exchange for bountiful rewards as you fight to become the strongest Lord.

The new Trial By Fire mode boasts a convenient Auto-Battle feature that lets you complete stages with ease to score in-game goodies. You can also take advantage of the "no troop losses" feature to truly push yourself to the limit and see how far you can go without any special boosts.

Always good to be home for Lords Homecoming

The exciting Lords Homecoming event is also currently underway, letting players score epic prizes both in the game and in real life. From July 11 to July 24, simply invite your old allies to come back to the game and complete team tasks to nab 20 Artifact Chest pulls along with homecoming packs.

As a returning player, logging into the game during the event period will give you the chance to spin the wheel and score one of eight prizes, such as an Amazon gift card worth US$1,000. Three US$99.99 packs are also up for grabs for lucky returning players.

To top it all off, you can also enjoy new server rewards, such as special boosts. If you're a returning player, you can use your account in an old Kingdom and link it to a new account in a new Kingdom. Then, simply upgrade your Castle to earn free Speed Up items that will supercharge your growth by a whole year.

If you're keen on joining in on all the festivities this month - not to mention sharing your memories with the Lords Mobile team for a chance to be showcased on the event page - you can download the game on the iOS App Store and on the Google Play Store for Android devices. It's a free-to-play game with in-app purchases.

What's A Preferred Partner Feature?
From time to time Steel Media offers companies and organisations the opportunity to partner with us on specially commissioned articles on subjects we think are of interest to our readers. For more information about how we work with commercial partners, please read our Sponsorship Editorial Independence Policy.
If you're interested in becoming a Preferred Partner please click here.
Next Up :
Poppy Playtime Chapter 2 Mommy Longlegs - Interesting facts

Lords Mobile codes and how to redeem them (July 2022)