Lords Mobile has had quite a busy period lately, with loads of new content upgrades that should excite many players. On top of that, though, Lords Mobile was recently featured globally on the Google Play Store. Let’s take a look at some of these big changes that placed Lords Mobile in that coveted featured spot. 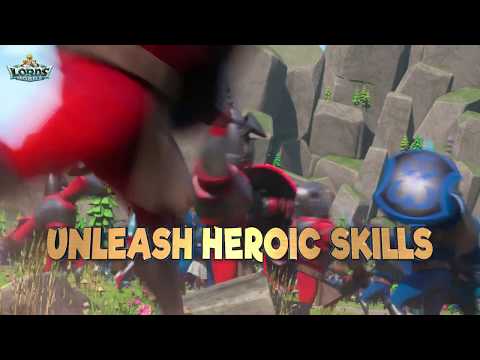 There’s now a chronological record of all of the events in the game. The Kingdom Gazette tracks which players won which battles and all of the drama therein. This handy new feature arrived just in time for the Guild Fest, Guild Bash, Guild Showdown, and Feudal War events, which sees top players and guilds battling it out for glory.

Players can reach new heights of power through use of “Wonder” tech. This new feature enables players to bolster their armies to even greater numbers as well as offer extra boosts received during Wonder rallies. Players can also use Royal Points to purchase Mythic Ember - a rare material that's essential to upgrading Emperor Equipment. Keep in mind though that if you want to earn these points then you're going to have to do it the hard way, by taking part in Battle Royal battles.

Lords Mobile continues to grow and build on its success, and players can expect to see even more exciting updates this month. You can play Lords Mobile for free on iOS and Android.

If you want to find out more about the game and the cool features it has to offer then be sure to head over to the official Lords Mobile website.

What's A Preferred Partner Feature?
From time to time Steel Media offers companies and organisations the opportunity to partner with us on specially commissioned articles on subjects we think are of interest to our readers. For more information about how we work with commercial partners, please read our Sponsorship Editorial Independence Policy.
If you're interested in becoming a Preferred Partner please click here.
Next Up :
Tilting Point releases its own Tilting Point Launcher with Warhammer: Chaos & Conquest and Operation: New Earth as the first two titles