Hot off the heels of its recent collection event, Lords Mobile is set to give its fans plenty more to look forward to this Thanksgiving, encouraging players to share in its War for the Chalice celebrations, whilst enjoying brand new in-game content and updates. Let’s take a look.

After the collection event ended earlier this month, the Lords Mobile team has been filming this #Lordsgiving Show as a gift to all its players and the community. The final film consists of various players’ own videos and material, with those featured set to receive a full set of Lords Mobile Hero figurines, a chance to win an iPhone XS, and a host of in-game items. 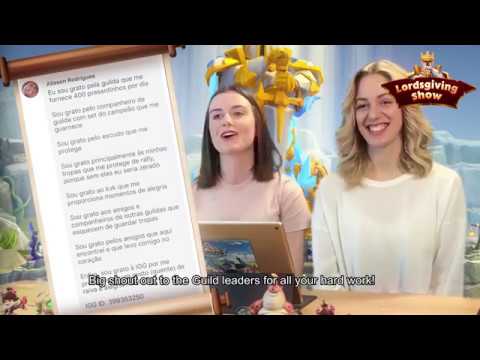 If you missed out on these initial community events but still want to get in on the fun, fear not, as there’s another chance to get involved right now until November 29th. Simply visit the game’s Facebook page to find further details of how best to get involved.

Lords Mobile is also set to introduce a new update this month that brings with it a substantial overhaul to the game’s Royal Battleground mode by way of a new feature: The Feudal Drill. This new addition will allow players to take part in cross-server events that would otherwise be unavailable to them. All players are welcome to join, and those that occupy the Royal Chalice for the longest amount of time will become the "Paladin" for each battle. 180 million have already proved their might, so why not join them and get in on the action?

Its never too late to get involved in all things Lords Mobile; IGG’s wildly successfully real-time strategy MMO. Simply download the game for free from either Google Play or the App Store today.