Lineage2M is finally gracing PC, iOS and Android users with its glorious presence on December 2nd. NCSOFT's mobile MMORPG features stunning graphics and heart-stopping action, but why else should you dive into this upcoming title when it drops next month? 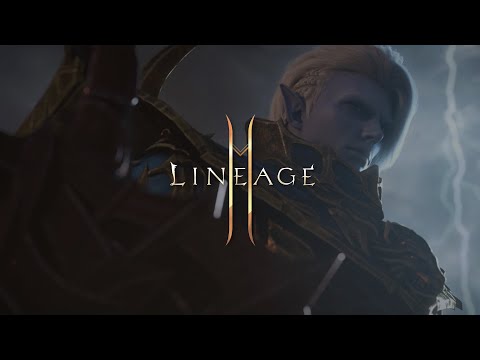 Lineage2M not only features high-quality graphics in full 3D, but it also boasts 4K resolution with seamless loading. As you move through the lush, open-world environment, you won't have to interrupt your gameplay with pesky loading times and frustrating lags.

The game also lets you join the fray with 10,000 players in a single location in one big brawl. This epic battle elevates the cross-play title to a whole new level when it comes to the robustness of the servers' performance even in a full 3D game.

The joy of exploration and the thrill of combat

Fancy marveling at the largest commercial city of Giran, or enjoying the temperate climate of Dion's agricultural zone? How about looking back at simpler times as you start your journey in Gludio? No matter which corner of 240 million square meters of Aden you explore, you're bound to encounter unique experiences, bosses, and townsfolk in Lineage2M.

Of course, not all journeys are idyllic and peaceful - as you engage in battles, you'll compete against users or cooperate with them to beat ferocious boss monsters in the fields and dungeons. You can also join faction battles to keep the spoils of war to your own clan.

While some might mistakenly think that Lineage2M is not for the fainthearted, the game actually makes it easy for newbie players to get into it via generous rewards and power-up boosts. For instance, the Daily Benefit system offers goodies for F2P players every day, along with surprises from the daily Mail. You can also take advantage of the newly introduced pass system for more rewards when you consistently play the game every day.

Thanks to Lineage2M's own proprietary service called PURPLE, players can experience the game as it's meant to be played whether on PC or on mobile. The same 4K resolution is present on PC via PURPLE, with the ability to customize controls to fit your screen best. You won't need to log out of the game from PC to mobile either with the seamless remote play function, as well as communicate with others through the in-game chat function PURPLEtalk.

On November 30th ahead of its release, Lineage2M will be available for pre-download for a smoother performance on the PURPLE(for PC players), iOS App Store and on the Google Play Store. You can also sign up for the pre-registration event that's currently underway for cool in-game rewards at launch.

What's A Preferred Partner Feature?
From time to time Steel Media offers companies and organisations the opportunity to partner with us on specially commissioned articles on subjects we think are of interest to our readers. For more information about how we work with commercial partners, please read our Sponsorship Editorial Independence Policy.
If you're interested in becoming a Preferred Partner please click here.
Next Up :
5 reasons why The Lord of the Rings is still the most exciting fantasy franchise for gamers