Out of the millions of games that have ever been released, only a few titles have truly achieved legendary status. When it comes to the MMORPG genre, the Lineage franchise is certainly among those. The medieval fantasy RPG, which was first released back by NCSOFT in 1998, created a generation of gamers and fans from all around the world. 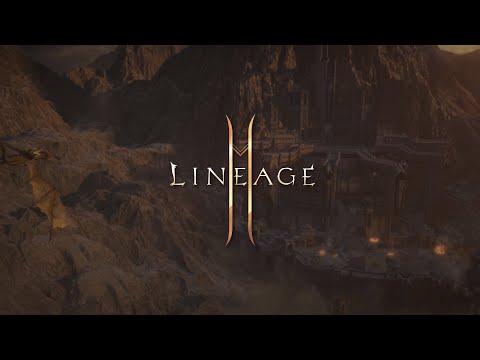 The latest addition to the Lineage universe, Lineage2M, finally became available to audiences in North America and Western Europe on December 2nd. Players can download its mobile version from Google Play and the App Store, but the game is also available for PC through the use of PURPLE.

Of course with time comes change, and so, even for some of us who played the first iteration of Lineage, many things in Lineage2M are totally new. Even more so for new players, who might not be very familiar with the genre and the game mechanics.

For that reason, we've put together the following guide, with play tips and basic info that’ll make your experience in the world of Lineage2M a lot smoother.

First thing's first, there are 6 different classes in Lineage2M. Based on their class, characters have their own unique characteristics and abilities, as well as role in the game. Each class can wield one of the following type of weapons:

Naturally, every character, depending on their class, needs to prioritize different attributes. For melee classes such as Dual Blades, Dagger and Sword, 'STR' stat is very important and players should invest in it during the early stages of the game. On the other hand, Bow users should first spec into 'DEX', while magic users (Staff and Orb) need 'INT' more than anything. General stats, such as 'Attack Damage' and 'Accuracy' are beneficial for every class up to a certain point. After the character reaches level 50, it's better to invest in other auxiliary stats.

In the world of Lineage2M, there's a lot of fighting going on. If you want to survive long enough on the battlefield, your combat settings are the key, and thus they need to be on point. So let's break them down and see how each different function affects the gameplay.

This function lists every potential target around the player's character during battle. Once you
use it, a target list will appear in the upper right corner of the screen. From there, you can select your desired target to attack. But that's not all there is. By holding down the scan button and dragging it to a location of your choice, your character will automatically target everything within that area. Also, by selecting the scan option button at the bottom of the target list, you can change the targeting options.

In Lineage2M, players have the ability to auto-cast their character's skills once they're off cooldown, and even use items automatically through the use of Quick Slot. For that, all you need to do is simply drag down the desired skill (or item), to the Quick Slot to set it on automatic use. By touching it and dragging it up, you can turn off the auto feature.

It's very important to keep an eye on your character's weight gauge, as there's a number of penalties based on its value. For example, once gauge is over 50%, recovering HP and MP will no longer be possible. If that value exceeds 80%, your character won't be able to engage in combat. For these reasons, make sure to always sell, store in your stash, or register in the Codex, any excess loot that might slow you down.

The use of a Soulshot item will grant you additional damage when attacking, making your hunting much faster and efficient.

A special type of quest that exists in Lineage2M is the Oracle Quest. Players can receive it at the Einhasad Statue, which is located in the village. By completing this quest, you can earn a vast amount of experience and also acquire 'Einhada's Blessings', along with various other items as rewards.

The Oracle Quest is available up to 10 times per day, and it will reset upon leveling up. It's one of the faster ways to level up, so make sure to complete it as many times as possible.

Another way to earn lots of experience and even special items, is by doing Dungeon runs. You can check out the available dungeons by opening the Menu and selecting the Dungeon tab. Every time you complete a dungeon run, you exhaust some of your available 'access time', but you can exceed that limit with the use of 'Bonus Time Stone' item. It's very important to use all of your available access time daily if you want to level up fast.

An additional way of obtaining special types of rewards such as 'Oracle Token', 'Shilen's Mark', 'Zariche's Fragment', is by defeating Bremnon's monster. This type of monster will appear when Zariche spawns, and a system message will be displayed to inform players. The event occurs randomly in the hunting zones of Aden World. Taking part in these boss raids can be very rewarding, so make sure you won't miss out on that.

To celebrate the global launch of Lineage2M, various in-game events will take place. When players defeat 'Full Moon Wolf' that spawn at specific times, they will be rewarded with the 'Maximum Enchant Scroll Series'. This item, when used, will grant up to 50 clan members a 'Boost Stone's Oracle Scripture'. Players who have reached level 40, and complete your 3rd class transfer, can claim 'Life Stone' and 'Unique Skillbook Selection Chest' for their character. Of course, that's only a few of the many events that will take place during the celebrations. For more on the launch events and how to play, visit the official website.
What's A Preferred Partner Feature?
From time to time Steel Media offers companies and organisations the opportunity to partner with us on specially commissioned articles on subjects we think are of interest to our readers. For more information about how we work with commercial partners, please read our Sponsorship Editorial Independence Policy.
If you're interested in becoming a Preferred Partner please click here.
Next Up :
How to download and play DC Worlds Collide on Android