LifeAfter: Night Falls, the zombie survival game, is now available on the EU Google Play store. It arrived on Apple Devices earlier this year in Europe and it's currently perched at number two in the adventure games category.

It's a zombie survival simulator that tries to cover all bases when it comes to living in a post-zombie outbreak. You'll have to contend with the weather, hunger, having somewhere to stay and of course the zombies themselves. It aims to be a true survival sim on mobile devices.

Along the way, you can encounter other survivors and choose to either attack them or break bread with one another. These will be other players rather than AI, although you can stick to PVE areas if you'd rather face the zombie horde alone. 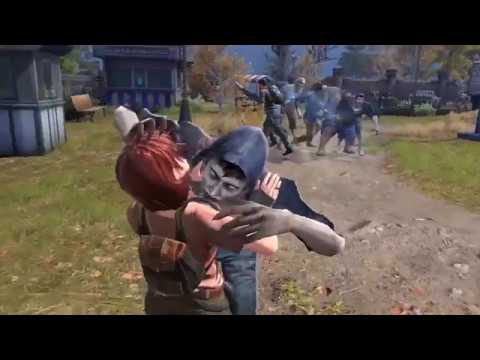 It won't just be the myriad of zombies that will be a threat though. Disease, injuries and mysterious organisations are all issues you'll have to contend with. You'll also have to manage your time wisely as the daytime is fairly infected free, but you'll still have wildlife such as bears to contend with. But at night the zombies are out in full force, so you'll need to make sure you're prepared for a long night each time.

It has a whole base building system so once you've been out foraging you can return to your humble abode and set to work making safer. Of course, there'll be crafting and cooking as well because no survival game would be complete without them. Each meal can give different benefits to your character too, which is a cool feature.

Despite only being recently released on Google Play, LifeAfter has already racked up over 100,000 installs, showing it's a highly anticipated game and that people aren't entirely bored of zombies just yet. LifeAfter: Night Falls is available now on the App Store and Google Play. It's a free-to-play game with in-app purchases.