Set to take place over the next 5 weeks

Legendary: Game of Heroes, the popular fantasy puzzle RPG, is currently holding a crossover event with Dynamite Entertainment's comic series The Boys. The event will see the addition of heroes and villains that have appeared in the comics.

The event will take place over the next five weeks where players will meet characters from the comics and battle against a host of Supes through challenges and quests. Completing them will net players hero cards for their decks. 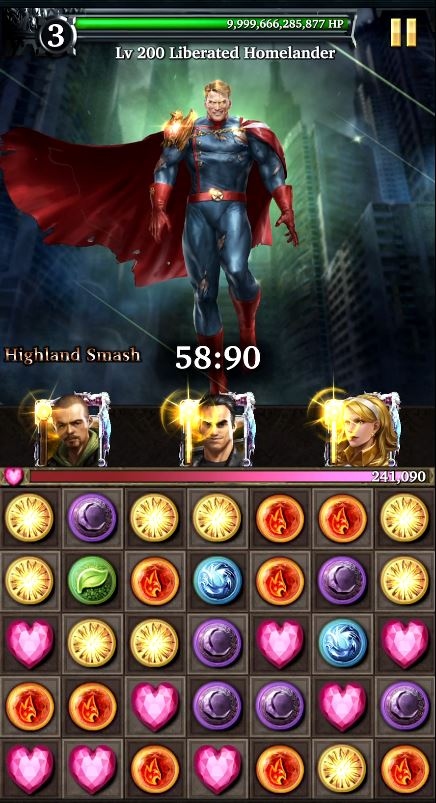 New characters will be added weekly and so players can expect to see the likes of including Queen Maeve, A-Train, Black Noir, The Deep, Starlight, Billy Butcher, Wee Hughie, and Homelander. The initial series of events will see players battling it out with Homelander as the final boss.

If you're unfamiliar, The Boys is a comedic comic series about a group of vigilantes who work to keep superheroes - who have become corrupted by fame and their powers - in check. Legendary: Game of Heroes meanwhile is a match-3 puzzler that also has card collecting elements.

Nick Barrucci, CEO and Publisher of Dynamite Entertainment discussed the collaboration between the two, he said: “The Boys has been a very important series for Dynamite critically, and though we've had companies approach us to take to different platforms, none of them felt like a good fit until N3TWORK made their presentation, and they knocked it out of the park! 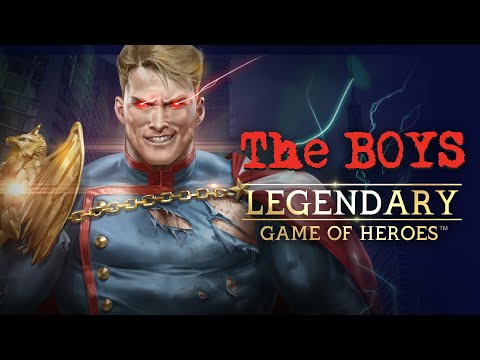 He added: “We’re blown away by the incredible live event that N3TWORK has built for The Boys and can’t wait for our fans to finally experience it. “We worked with N3TWORK to bring to life the characters and world of The Boys in a uniquely Dynamite and Legendary way.”

Legendary: Game of Heroes is available now over on the App Store and Google Play. It's a free-to-play game with in-app purchases.

Enjoy match-3 puzzle games? Here are 10 of the best available for iPhone and iPad
Next Up :
World War Armies, the competitive PvP RTS, launches globally today