Popular idle-RPG Lazara Battle Heroes is bringing its unique, gritty fantasy aesthetic to the App Store later this week, we are happy to reveal.

Lazara Battle Heroes is notable because it offers a layered turn-based combat experience, successfully balancing depth and accessibility. You'll manage a variety of heroes and characters, each complete with their own skills and fighting styles, as you lead your collection of heroic champions against encroaching, mysterious dark forces. While it's an idle game, the specialisation of, and differences between, the heroes give players plenty to think about when they are tweaking and refining their strategies.

As a matter of fact, the idle mechanics are specifically designed for when you're away from your phone - rather than when you're staring at it waiting. You'll actively quest while active on your phone, experiencing a more pure RPG experience. When you're about to close the app though, you can put your heroes in training, which will persist while you have the app closed. This is a great way to not only keep your lesser-used characters levelled up but also to give you a little leg-up if you're stuck in a certain area of the story.

For our last PocketGamer LaunchPad we had the honour of revealing the Hero Ascension system, as well a substantial content update, for gritty RPG Lazara Battle Heroes. Well, we've been chatting with developers Gadget Gaming again, and for this LaunchPad we're delighted to be able to reveal that the popular Android game is making its way to the App Store this Sunday, 15th November. 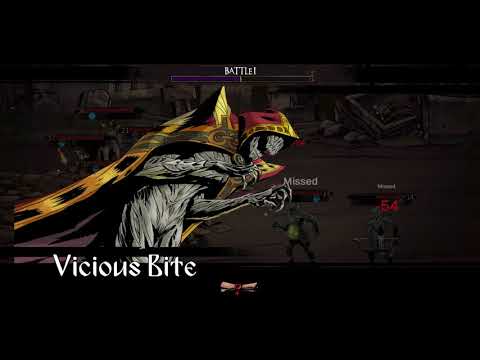 The iOS version of the game will come complete with all of the content currently live in the Android version, and development of the two formats is expected to be rolled out simultaneously going forward. This means that the iOS version will launch with the previously mentioned Hero Ascension system, as well as Act 6, a later chapter which takes heroes (ideally level 31-60) to the peculiarly named Purplepeak as they continue trying to save the world.

Head to the PocketGamer LaunchPad hub to find all of our exclusive announcements from our three-day event
Next Up :
Metawar: Hero Rush is an upcoming idle RPG that is now available for pre-registration on Android