Lazara Battle Heroes, a gritty looking idle RPG from Gadgets Gaming is available now for Android. It features a deep campaign mode, as well as some interesting subversions of the usual hero-collection genre.

Where in most idle games the combat is dressed up as another format, or wholly automated, Lazara Battle Heroes attempts to retain classic side-on RPG fighting, with a lot of the standard idle elements focusing around progression when the app is closed. It features turn-based play - with you using your assembled squad of heroes to push back against the evil which has flooded the once peaceful fantasy world.

Naturally, as with any hero collection title, a large part of the game is in carefully collecting (one by one) and nurturing the heroes who will be partaking in your battles. Developers, Gadgets Gaming, made it clear that they want the game to be thought of like an RPG first, so the team composition is of critical, strategic importance. 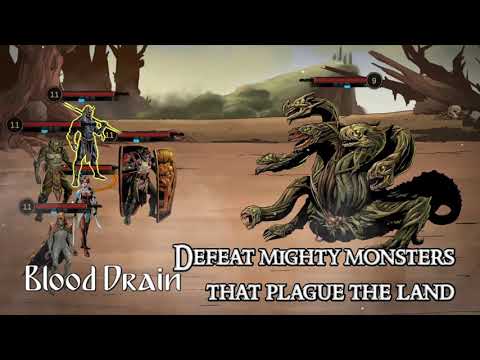 You can go questing as you try and advance into the campaign and keep the world safe. You can also go dungeon crawling where waves of monsters await your arrival - calmly sipping on their tea while waiting for you to reach them (OK, maybe not that last part).

If you want a more casual experience then you can train your heroes away from all of the noise of battle. This is where the idle element comes in, swapping out grind for progress made in your absence. That said, being an RPG it's critical that you find new gear, and this gear is littered throughout the campaign and dungeon-diving modes - meaning you can't just nip off for a week and come back with the best squad in the lands.

Another way to get ahead is playing in the multiplayer. You can duel against friends and enemies alike and net rewards if you have the stronger team and strategy.

If you've heard of Lazara Battle Heroes before then it might be because it netted the "Best Mobile Game" award at Dev Play in 2019.