Nexon's KonoSuba: Fantastic Days has just launched its highly anticipated Re:ZERO collaboration, letting players enjoy an isekai experience in the game from now until November 23rd. Players can dive into a new storyline featuring both worlds, as well as encounter fan-fave characters and other limited-time treats.

In the KonoSuba: Fantastic Days X Re:ZERO collab, players can expect characters from both franchises interacting in an exclusive story in the "God's Blessing on Those from Re:ZERO!" event. Aside from the fresh narrative, those who clear the story event can score a four-star Emilia recruit for free.

Meanwhile, the "Re:ZERO Collaboration Recruit" event offers everyone the chance to recruit Megumin and Aqua in their fresh Re:ZERO costumes. Rem from Re:ZERO will also be joining the fray. And finally, the Battle Arena EX Boss Petelgeuse will provide players with the opportunity to battle against Re:ZERO’s Sin Archbishop of the Witch Cult, Petelgeuse. 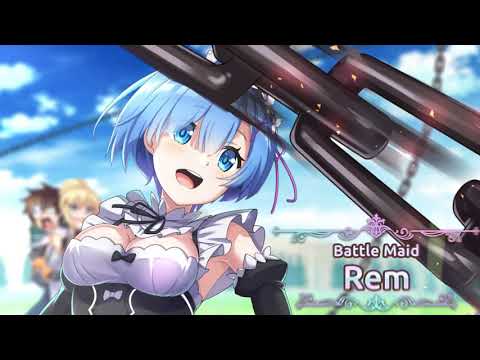 As for updates to the game itself, the Main Story - Chapter 10 has now been unlocked; plus, a new Trial of the Ancients game mode boosts training for players' team members. The Battle Arena EX features high-value rewards up for grabs as well.

If you're keen on joining in on all the in-game festivities during this exciting crossover, you can download KonoSuba: Fantastic Days on the iOS App Store or on the Google Play Store for Android devices as a free-to-play game with in-app purchases. You can also join the community of followers over on the game's official Facebook page to stay updated on all the latest developments, or have a look at the embedded event trailer above to get a feel of the collab.

Do you want more role-playing titles that will keep you preoccupied on your mobile device? Check out our list of the top 25 best RPGs for Android phones and tablets!

Next Up :
Polity is an upcoming cross-platform MMORPG where you can be president someday, out now in Early Access on Steam