KonoSuba: Fantastic Days is a new mobile RPG based on the popular anime series available now for pre-registration

Mobile games publisher Nexon has revealed a new exclusive trailer for its upcoming mobile RPG KonoSuba: Fantastic Days alongside an announcement that it is now available for pre-registration on iOS and Android.

KonoSuba: Fantastic Days is based on the popular anime series produced by CrunchyRoll. This game features the fan favourite characters Kazuma Sato, Aqua, Megumin and Darkness, voiced by their original Japanese voice actors, as they follow an all-new storyline with additional heroes introduced purely for the game. 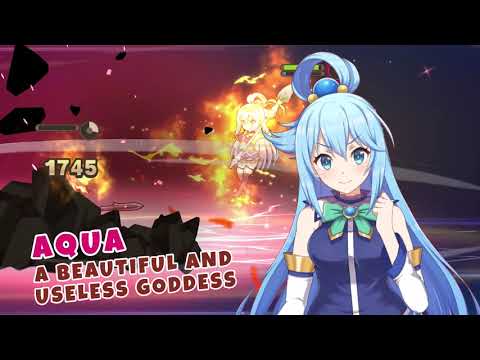 Check out the trailer for KonoSuba: Fantastic Days above. As you can see, the game uses an animation style close to the anime series and features the same kind of humour the series is popular for.

If you’re interested in pre-registering, you can head over to the official website for the game and sign up now. Anyone who pre-registers early will be entered into a giveaway for a chance to win a collectible Pop Up Parade figurine of Megumin and wireless Razer Hammerhead Earbuds.

The winners of this giveaway will be announced via the official Twitter account for the game, so be sure to give them a follow if you want to keep up with the game’s development and stay tuned on the giveaway.

KonoSuba: Fantastic Days is coming to the iOS App Store and the Google Play for Android store later this year, but we don't have a concrete release date confirmed just yet. As always, we'll be sure to update you once we know more.

If you enjoy playing adventure games on your mobile phone and want to discover more great ones, check out our list of the best adventure games available for iOS devices.
Next Up :
The Medium, Dragon Quest Builders 2, and more confirmed for Xbox Game Pass Cloud