This is the way the world ends, not with a bang but a meow

Kittypocalypse is one of the more unusual VR games coming for the Oculus Rift headset. It's not a first person exploration game, you're not strapped in a cockpit.

Somewhere out there in the vast nothingness of endless space, waves of marauding kittens are trying to take over your island for themselves. Why do they want the island? Why are the kittens angry? Why have some of them fashioned makeshift armour from cardboard boxes? Oh. They're aliens. That makes sense then. 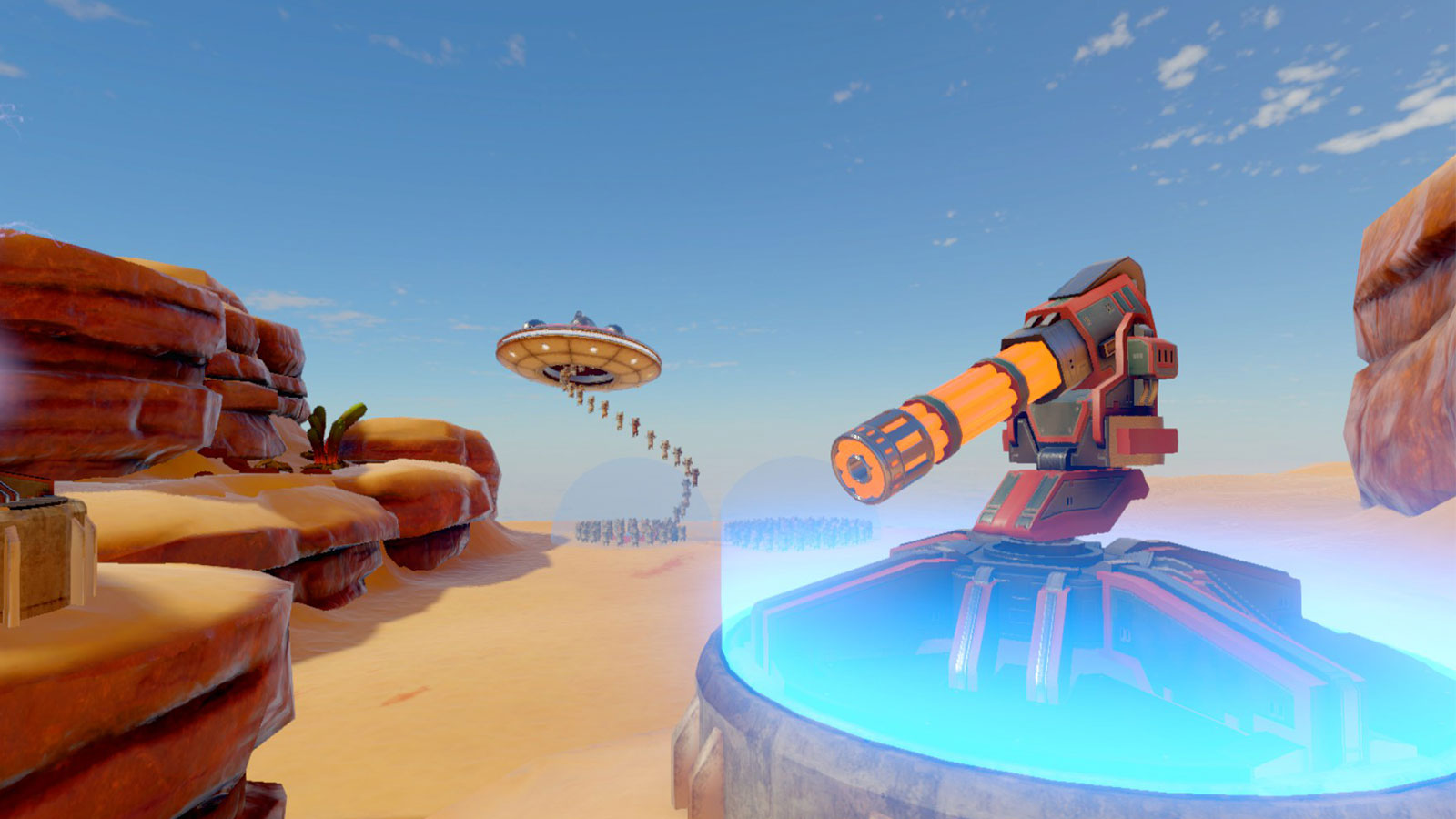 You're suspended above the action, the general masterminding the epic defence from the sky as the attack scales from "a smattering" of kittens to "a full horde". Machine guns rattle, lasers scorch and missiles thump down in the middle of the furry fiends as they charge towards you, scattering kitty body parts and furballs all over.

The game is familiar to anyone that's ever played a tower defence game before. Choose which towers to drop at which points and try to withstand the onslaught. Each kitten killed gives you cash and you use this to buy more towers or upgrade them. 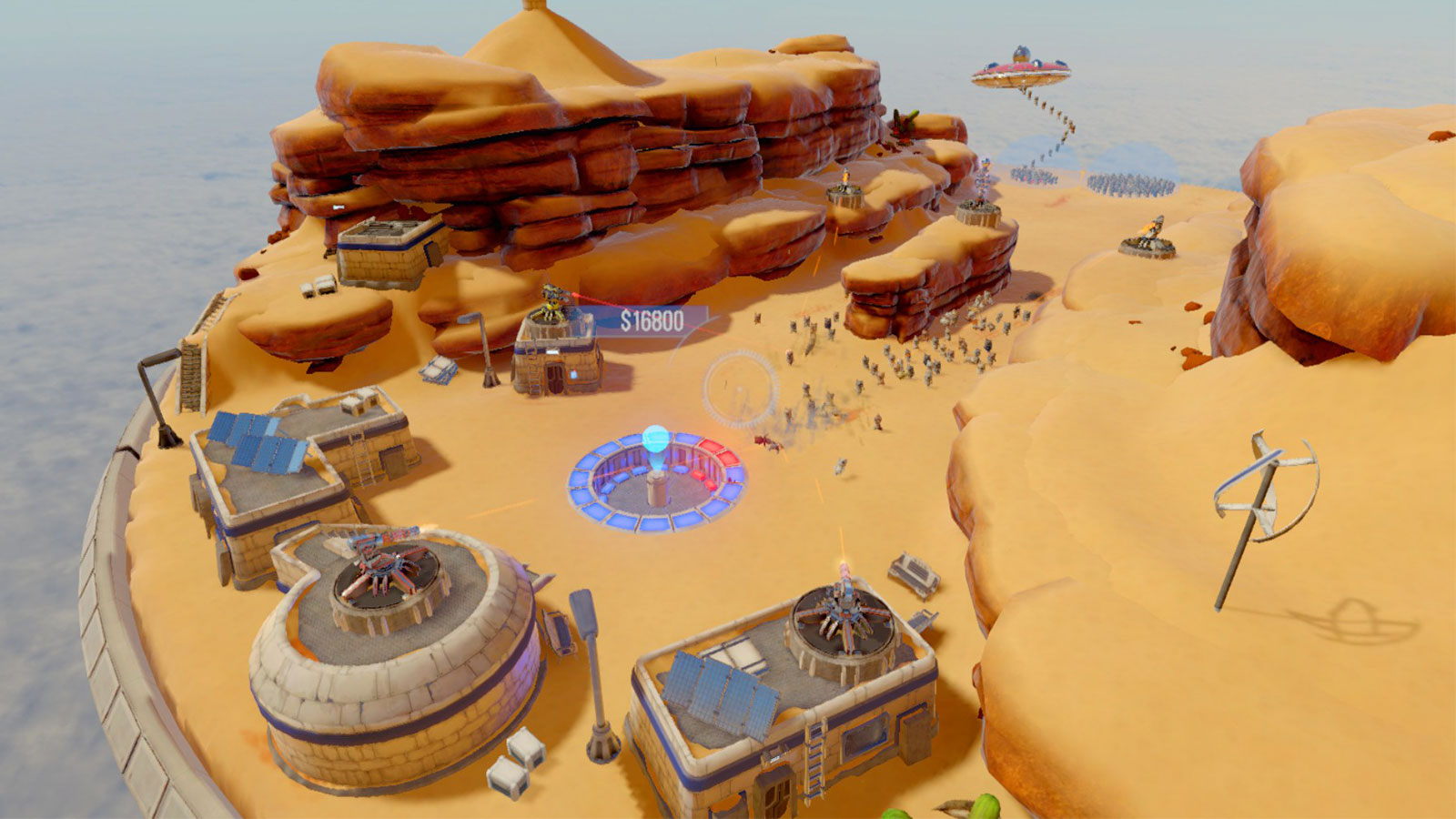 The most exciting part is the way the weapons upgrade and interact - you can upgrade a long range missile launcher to be a heavy missile launcher - giving it more damage - or a fast missile launcher - letting it fire quicker - and then advance from there down separate paths. Do you want your Tesla electric gun to stun the alien kitties or toast them with high damage? The choice is yours.

One strategy won't fit all, either - later waves feature armour of varying types: You can heat up a suit of metal armour to make it easier to damage, punch a hole in it with the armour piercing "annihilator" or just zap them with electricity.

On the flipside, the kittens stupid enough to armour themselves in cardboard will get shredded by shrapnel and heavy gatling cannons.

Control is done with gaze and a controller, using the controller to pan the camera and select items, you look at things you want done, pointedly. 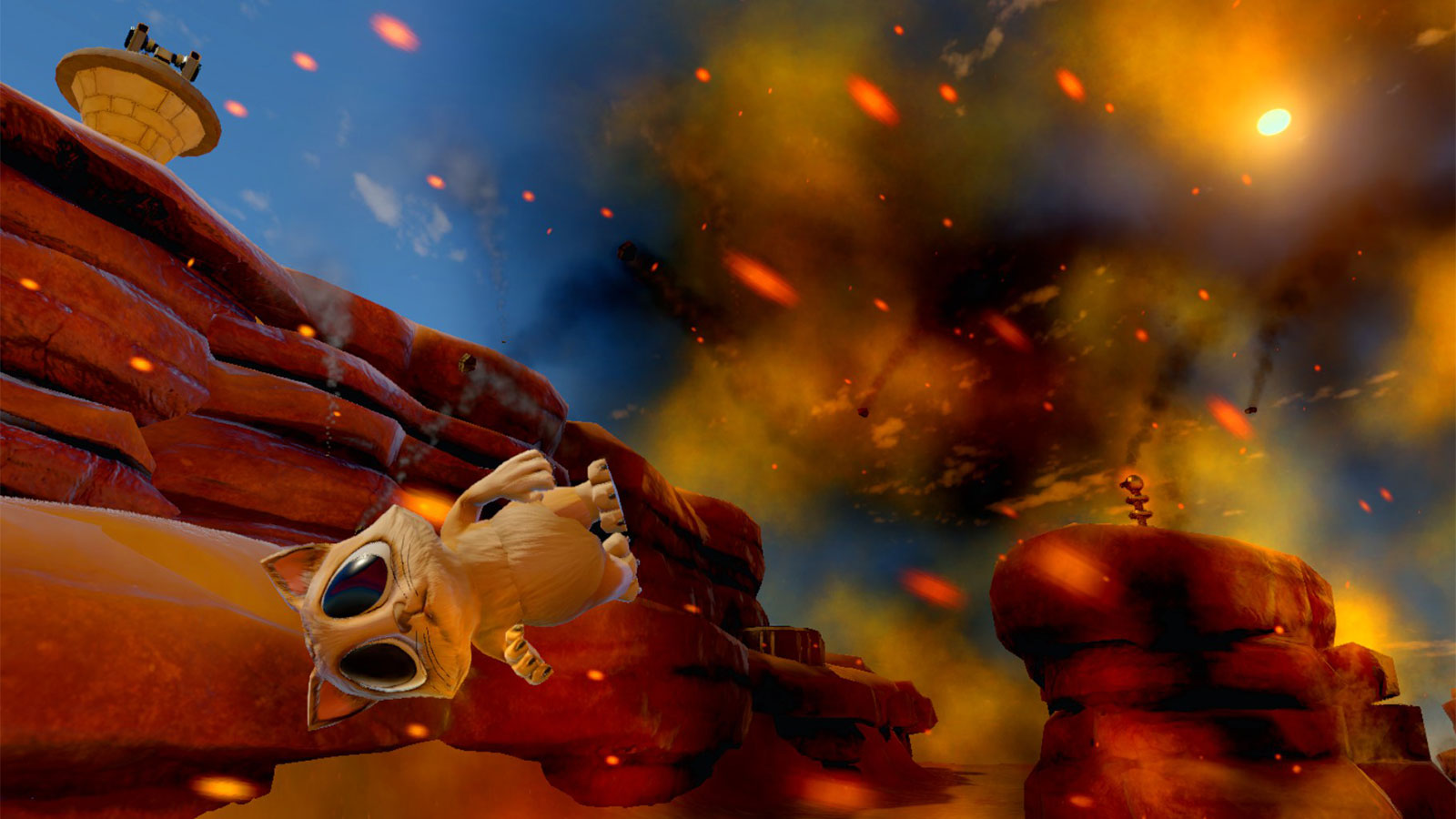 The game boasts "a carefully optimised approach to eliminating VR associated motion sickness" without really saying what that is, but it was indeed one of the few times I've strapped a DK2 to my face without getting sick.

Overall, I enjoyed playing it and found it an unlikely spectator sport as, going last, I was building strategies from watching the other assembled journalists getting overrun.

I have a few concerns - I played one of the 20 levels to completion over the course of 10-15 minutes, and I'm not sure how much actual gameplay there will be.

This isn't a complete deal breaker though - it could be the first tower defence game designed exclusively with VR in mind and it's release across all 3 platforms (The team are aiming for release on the Rift during it's launch window and the other headsets soon after) could see it being picked up for shorter play sessions. 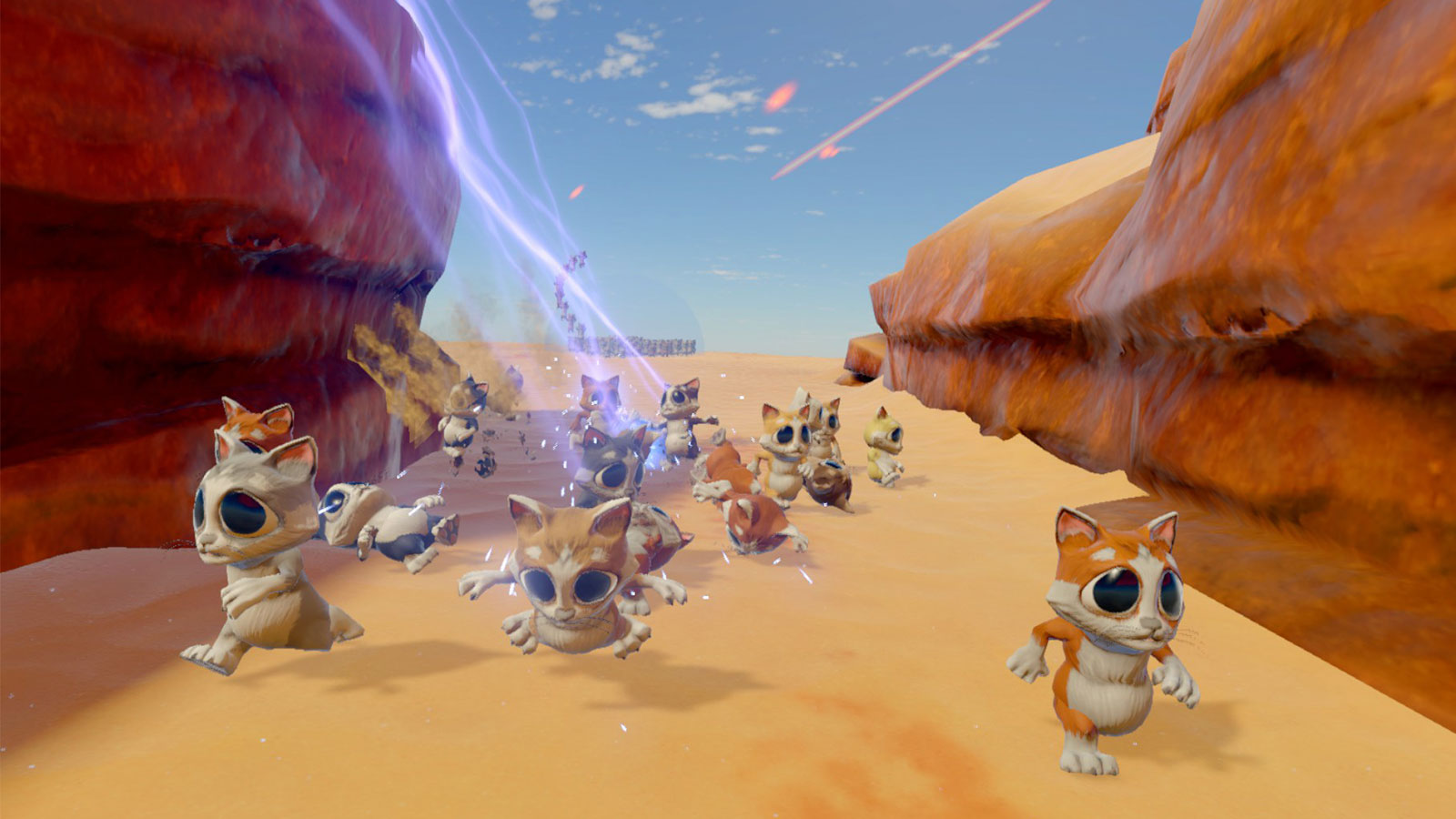 It's good to start seeing these virtual reality games that are more gamey, mechanically, just to show that VR will have diverse experiences. VR is already showing it can deliver incredible experiences, perhaps with games like Kittypocalypse it can show that it's fun, too.