Out at midnight: Steal gold from other players in King of Thieves by the Cut the Rope creators

Creator of the Cut the Rope puzzle series Zepto Lab has something new and enticing coming out tonight.

It's called King of Thieves and it's all about stealing gold and gems from other players. But don't expect it to be easy.

The idea is that each player builds their own dungeon filled with traps in order to protect your treasure. Yes, including you.

Then, you all try to invade each other's dungeons without taking as much damage that you fail. If you're nifty and do survive then you get their gold.
With it, you can upgrade your own traps and purchase boosts to overcome dungeon defenses in your next go.

You can also find allies in guilds who will help you to protect your stash. Your opponents can as well, of course. 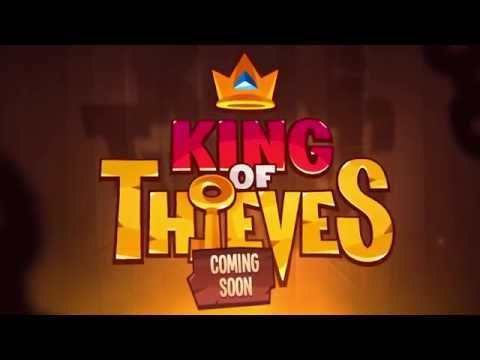 Oh, and as you're meeting all these new people you probably want to be able to distinguish yourself. Hence, you can customise your character to stand out from the crowd.

There are also 80 single player levels to take on if you wish. But that doesn't sound quite as fun as the PvP side of the game, if you ask me.

You should be able to download King of Thieves for free on the UK and US App Stores at midnight. It should also be coming to Android at some point.

Next Up :
Campfire is Niantic's new social app designed to work for all of their games, and will begin rolling out for Pokemon Go players soon

PvP platformer King of Thieves headed to iOS next week

ZeptoLab announces King of Thieves, a mix of platforming and tower defense