You're in my sights 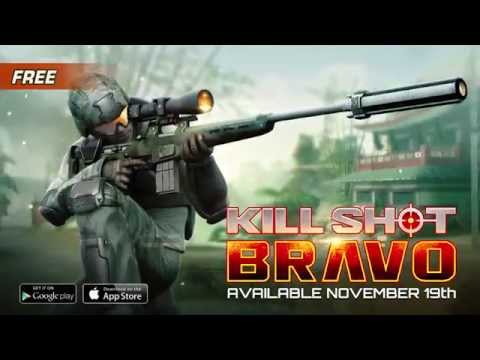 Hothead Games has announced that first-person shooter Kill Shot Bravo will be out for iOS and Android on November 19th.

This is, of course, the sequel to the studio's popular 2014 shooter Kill Shot and this time there will be proper competitive multiplayer.

Specifically, you'll be able to go into Sniper Duels against other online players. Hothead boasts that it'll be the only PvP sniper mode on mobile.

The other social gaming option is to team up with friends as an Alliance, and then work together to bring the enemy numbers down - it's not clear exactly how this play out.

Outside of that, Kill Shot Bravo will have over 200 missions at launch and will have more regions added in future updates.

The titular "Kill Shot" also returns, letting you be the director of your bullet cam with 360-degree camera control as your bullet flies towards an enemy's flesh.

Kill Shot Bravo will be out for iOS and Android as a free to play game on November 19th. Look out for updates on its Facebook page.