Cheeky, Hothead Games, very cheeky. You tell us you're going to launch Kill Shot Bravo on November 19th, and what do you do? You bring it out on November 17th.

No complaints here. You're going to let me shoot some hardened fools in the face two days early? Fine, I'll take it. But only this once (probably).

Kill Shot Bravo is out now, folks. You can travel across the world with a range of guns and use them to shoot terrorists.

Yes, you did this in Kill Shot, the game this is a sequel to. But Kill Shot Bravo adds PvP so you can shoot online players sniper duals too.

You're also able to bring friends into the main missions with you. You can compete to shoot more men than each other and they can also help you spot enemies for you to take out. 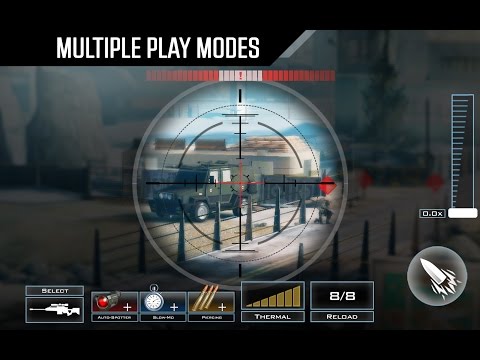 And if they didn't catch that awesome headshot then you can record and share it with them easily with the game's ReplayKit feature.

If you're ready for combat (from the comfort of your armchair) then Kill Shot Bravo is available for free on the App Store and Google Play right now.