JUMANJI: The Curse Returns tasks you with saving the town of Brantford, out now on iOS and Android

JUMANJI: The Curse Returns has officially arrived on both iOS and Android devices today, inviting players to revisit the jungle amid terrors with every roll of the dice. Based on the classic 1995 film, the board game-turned-mobile title features casual co-op gameplay for up to four players that anyone can get into in a jiffy.

In JUMANJI: The Curse Returns, players will roll the dice and brave the random riddles to save the town of Brantford from getting overrun by the jungle. Battles employ a card-matching, time attack mechanic where players will have to put their heads together to earn bonuses and get to the center of the board in one piece. 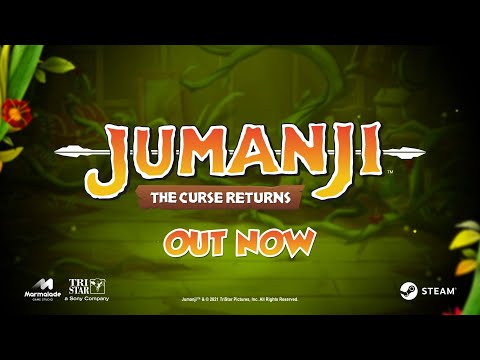 “Bringing the Jumanji board game to life, based on the classic from the 1995 film, has been hugely fun and challenging," says Mike Willis, CEO at Marmalade Game Studio. "As fans will know, the magic of the Jumanji jungle doesn’t stay within the board, it escapes and tries to stop the players from completing the game. We decided to stay faithful to this experience, combining multiple game mechanics in one. We can’t wait for you to team-up and play JUMANJI: The Curse Returns on mobile. It really is classic multiplayer fun for every type of player.”

The mobile release adds a new Winter Map and other magical items, plus new locations, characters, tokens, and riddles in upcoming updates to the game. If you're keen on giving it a go, you can download JUMANJI: The Curse Returns on the iOS App Store or on the Google Play Store for Android devices with a price tag of $2.99.

Are you on the lookout for more board games to play on your phone? Why not take a gander at our list of the top 25 best digital board games for Android phones and tablets?

JUMANJI: The Curse Returns adds a new card mechanic to the digital board game, with a limited 75% off discount on the app stores