If you're not Russian, you probably won't have heard of Mail.ru.

It's a sort of version of Yahoo or Google, offering search, email, messaging, blogging and other internet services. It's also big into online games, and now it's heading for mobile games too.

In the way such companies often attack the market, its first iOS release is based on an existing title.

In this case, the interestingly-named Juggernaut: Revenge of Sovering is based on Mail.ru's already successful Juggernaut: Era of Strongholds MMOG.

As for the mobile game, it's a single-player RPG, majoring in turn-based arena combat.

You balance melee attacks, spells, and gesture-triggered blocks and dodges, alongside attributes such as health, armour, mana etc to defeat dozens of nasty creatures.

It's perhaps not the most dynamic game you'll ever play, although the developer has made good use of the Unity engine and has laid on plenty of flashy special effects and gory execution moves, and the character and monster designs look neat.

There are also plenty of customisation options when it comes to the five playable characters.

Set for an iOS release on 3 May, Juggernaut: Revenge of Sovering should be arriving on Google Play at some point too. 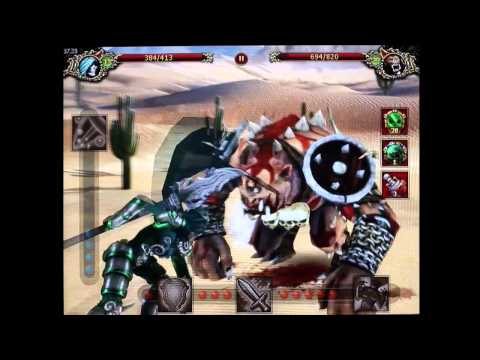 Juggernaut will stomp you