We've seen plenty of examples of mobile game developers trying to reverse the fortunes of their ailing premium games by removing the price tag and going free-to-play.

Indie dev Glass Bottom Games has opted to fly in the face of this conventional wisdom, though, choosing to turn its F2P endless-runner Jones On Fire into an IAP-free premium title in the hope of boosting sales.

Fox is talking about Jones On Fire's App Store launch debut last week. The blocky endless-runner, in which you control a firefighter rescuing cats from an approaching blaze, has failed to trouble the App Store charts, you see. 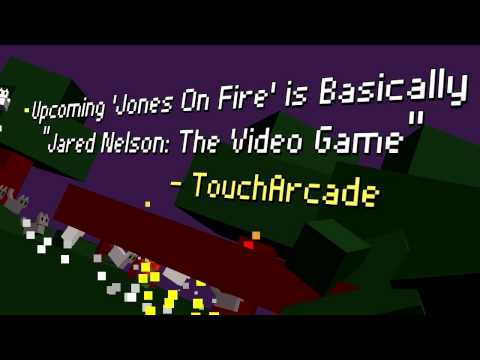 Now, the developer has decided to launch Jones On Fire on the notoriously freemium-friendly Android without any IAPs and with a £1.33 / $1.99 price tag.

"For me, it's an ethical issue," Fox said of the decision to remove IAPs.

"I simply don't believe you should double-dip. Either you put a price on the game or you make it free with IAPs, period."

Since the Android launch of Jones On Fire, the iOS version has been updated with the new premium payment model in place.