Iron Knight is a new idle RPG with fast growth systems and offline rewards, out now on mobile

In case you missed it, Superbox has officially launched Iron Knight on both iOS and Android, letting players dive into a new idle RPG with limitless growth. True to its genre, the vibrant title features idle progression where players can reap rewards even when they're logged off the game. 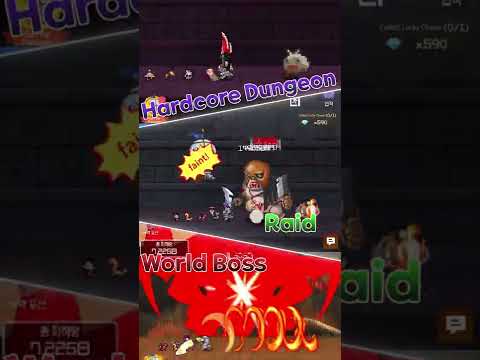 In Iron Knight, players can expect to embark on a fantasy adventure on the road to becoming the strongest Iron Knight in the world. The game boasts exponential growth via Soul Stone, Treasure Hunt, Magic Stone and Smithy features, plus special in-game goodies players can score from their mailbox simply by playing the game. The adorable visuals add a unique charm to the portrait-mode game as well.

There are 140 pieces of equipment to collect, along with 50 pets to tame and 28 skills to tinker around with. Players can also put their battle prowess to the test with challenging World Bosses, or duke it out with other players in competitive PVP modes. The idle nature of the game caters to on-the-go players who don't want to spend too much of their time and effort on grinding and farming to fit their busy schedules.

If you're keen on giving the game a go, you can download Iron Knight on the iOS App Store and on the Google Play Store for Android devices. It's a free-to-play game with in-app purchases. You can also join the community of followers on Facebook to stay updated on all the latest developments.

What's A Preferred Partner Feature?
From time to time Steel Media offers companies and organisations the opportunity to partner with us on specially commissioned articles on subjects we think are of interest to our readers. For more information about how we work with commercial partners, please read our Sponsorship Editorial Independence Policy.
If you're interested in becoming a Preferred Partner please click here.
Next Up :
Mr. Traffic adds new costumes, fresh content and quality-of-life updates in latest update