Imagine Starbound and FTL merged together

If you're bummed out that Starbound isn't coming to tablets, and FTL is taking so long to make the jump, then pay attention.

You're about to be introduced to Interstellaria.

Interstellaria is an ambitious title, which sees the player in a pixel art space sandbox with the ability to travel across the galaxy and land on planets.

Managing your spaceship's crew and the ship itself is similar to FTL. Each one of your crew has a role and will level up, making space travel and combat more efficient. You also manage their basic needs, like in The Sims.

You'll also command your crew to take care of emergencies, like a lack of oxygen and fires spreading from room to room.

Beyond that, you can place space stations into orbit at your convenience, and trade with alien races for resources (should they be friendly).

Terrestrial navigation is done like sidescrolling platformer. Each planet has its own challenge, so some are puzzles, others are run-and-gun style, or they may be open world. 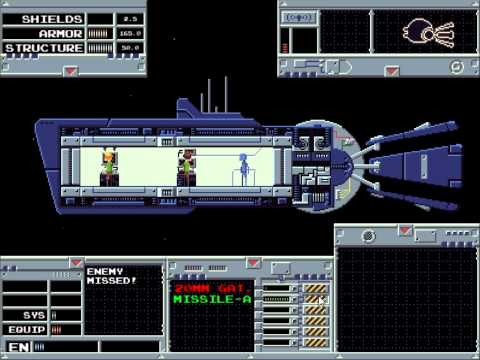 Interstellaria will have a basic linear plot to follow if you wish, but it's intended as a sandbox experience, so players can explore at their own will.