YOOZOO Games are gearing up to commemorate the six-month anniversary of their strategy game, Infinity Kingdom. Between 28th and 31st July, a series of celebrations, both in and out of the game, will take place, and players can expect to receive some gifts.

Players will find a series of tasks to complete that will net them free Castle Decorations, which can then be upgraded to skins with Gems. Elsewhere, the celebration will provide a good opportunity to collect Dragon Crystals and Immortal Fragments by collecting and exchanging Fruit of Hope from the sacred tree of Elpus. Players have free chances to pick fruits but can purchase more chances with Gems. 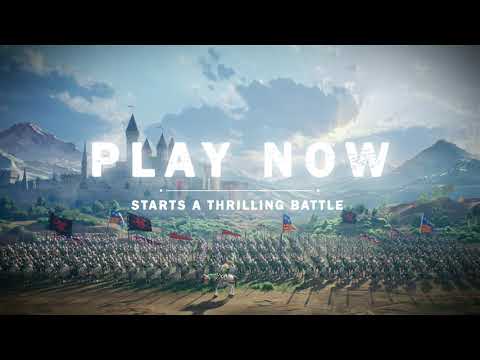 Logging in daily will net players different items and Gems. Additionally, the Giggle emoticon and Adore emoji can be obtained by completing multiple celebration tasks that aim to push back the evil Gnomes.

Meanwhile, the developers have created a page for the celebration. Here, players can find personal stats, teasers of upcoming plans and updates for the game and project that celebrates the achievements the community has made in the last six months.

If you're unfamiliar with Infinity Kingdom, it is a cartoon-styled strategy title that takes place in Norheim. Players are tasked with defending three kingdoms from the evil Gnome army. To hold back this threat, they will need to forge alliances with other kingdoms alongside protecting their own. It has performed quite well since it first launched, having racked up one million downloads on Google Play alone.

Infinity Kingdom is available now over on the App Store, Google Play and Steam. It's a free-to-play game with in-app purchases.

On the hunt for more strategy games you can play on your phone? Here are 25 of the best available for iPhone and iPad
Next Up :
Ninja Must Die is an upcoming combat-focused action runner with stylish ink-based visuals, now open for pre-registration

Infinity Kingdom codes and how to redeem them (November 2022)