Infinity Clan is a merging strategy game, out now in India and United States on Android

Infinity Clan is a brand new strategy game where you will have to merge your troops and fight for your clan. You will have to manage a clan and become the strongest warrior to achieve the mission of restoring glory to the clan.

Infinity Clan has been developed by TG inc., who have previously released Evony: The King’s Return, Plague of Z, Kings Legion, Alliance of Glory, and Mafia Origin.

Infinity Clan’s gameplay requires you to merge and upgrade to perform various functions like building or creating troop units.

You will become the clan commander and perform many important duties like recruiting different heroes and defending your home from enemies. Clan members will have to be developed as well, which can be done by having them compete with other clans and emerging victorious.

Infinity Clan also needs you to build a home, which will be very important for training your troops. You can also make your home better by placing and upgrading different buildings. 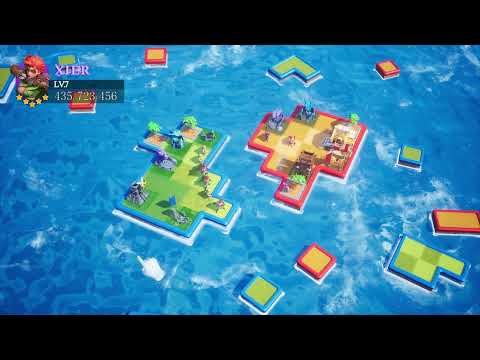 Infinity Clan offers a lot of different game modes, which allows you to develop your clan with other players from around the world and compete in global online battles to determine who has the better clan.

Infinity Clan is currently available to download on Android in India and the United States, where it can be downloaded through Google Play. It is free-to-play with optional in-app purchases. There has been no information so far regarding the release in other regions or if an iOS version will be launched.

An APK version is available to download, although it would be best to wait for the official launch in your region to avoid any issues. We will keep you updated as and when more news arrives.

Also, check out our list of the Top 5 best 2D racing games for iOS and Android.
Next Up :
Mr. Vampire is an unusual puzzler that makes you play as an immobile vampire that can cast only two spells