This year’s edition of NetEase Connects recently concluded and we got a good look at the mobile gaming giant’s future. Infinite Lagrange, NetEase’s sci-fi grand space sim was also showcased during the event, outlining things that have been going on in the game. Fans also got a sneak peek at an upcoming update that revolves around the concept of Legacy.

Infinite Lagrange has celebrated festivals in a grand sense. A month ago, the game celebrated Earth Day by designing an Artificial Environment Cylinder and Warp Bells trying to push the real-world concept of environmental protection, within the game. Players may travel the universe in Infinite Lagrange, but they got a chance to connect with their earthen roots thanks to the event. Other in-game cosmic commemorations include the Gemini Festival, Star Lantern Festival, Beacon Festival, Twin, Festival and much more. 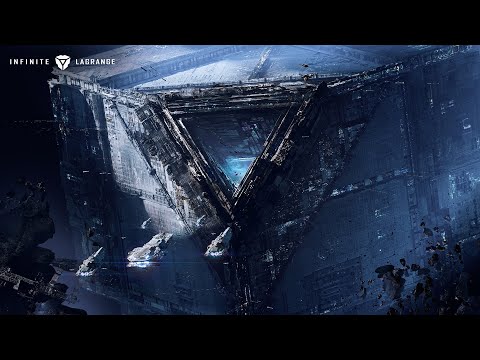 Another recent introduction was the Identity Agreement System, a massive feature that took Infinite Lagrange to new heights. Launched on May 18th, the update gave players the opportunity of assuming different roles with distinctive goals, all leading to a better future. They include the Hayreddin Clan’s Prospector Agreement which saw adventurous players become explorers while the Neutrals Agreement, backed by the Cooperation Support Department of Jupiter Industries, gave players a diplomatic role.

Finally, NetEase revealed its future plans in the form of the Legacy concept, which is set to release over the summer. The enormous universe that Infinite Lagrange tries to encompass has an even bigger legacy that precedes it. As time progresses, this legacy will be unearthed by Pioneers and remould their ambitions. Things will be shaken up, but only time will tell how.

Check out all these new features by downloading Infinite Lagrange for free on the App Store and Google Play.

Also, check out the best simulation games to play on mobile!
Next Up :
Alchemy Stars is celebrating its first anniversary with a new character, new gameplay content, login bonuses and more