In the future, when super-evolved brains in jars use their USB cable tentacles to probe the digital archaeology of the early 21st century, what will they make of our obsession with killing, controlling, and generally fiddling around with the undead?

If Infectonator is anything to go by, they'll think us barbaric savages who took pleasure in hurling virus bombs into populous, pixellated areas and then watching as the people of the world turned into vile flesh-eating monsters. Which is basically true.

The game is all about ravaging major cities with your zombie hordes. You start with a plague canister and a busy street, and the goal is to end up with a pile of gnawed corpses and a bunch of coins to spend on creating new ways of spreading chaos and destruction.

Everything is controlled with taps. You tap to release the plague, tap to call forth special zombies to do your bidding, and tap to chuck in some explosives if things aren't quite violent enough for your liking.

To begin with, the humans are easy pickings, but as you spread your undead menace across the globe they start to fight back, using guns and armour to try and stop you from murdering any more of the population.

Each level has a number of people you need to kill to move on, but there are also secondary objectives that give you extra coins. Complete all of these and the city is overrun with undead minions.

You need to spend the coins you make wisely, toughening up the zombies and making sure that you've got the right support weapons to get the job done. There's a bit of grind involved, but you can buy coins with real-life money if you'd prefer.

Watching your pestilential horde spread across the world map is a sinister pleasure, and there's enough strategy required to complete all of the objectives that things rarely get dull.

Infectonator is a violent and addictive title that highlights our ongoing preoccupation with the undead. Manipulating the gormless fleshbags to do your bidding is an exciting way to waste a few hours, and while it's unlikely to go down in history it's still a worthy distraction. 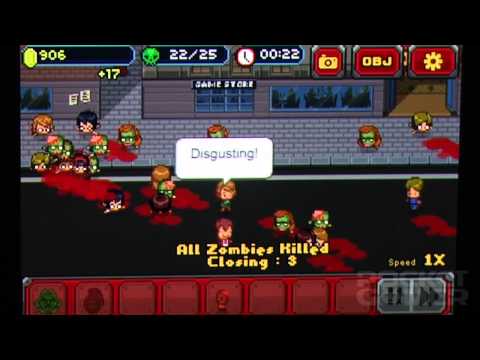 A gory and often funny little strategy game, Infectonator is an interesting addition to the already-stuffed zombie genre
Next Up :
DC Worlds Collide review - "DC fan service in an enjoyable gacha package"