Make the cut with Immortalis, a new collectible card battler

Sacrifices must be made

Death is such a tedious affair. It waits patiently for us all, never wavering in its quest to claim us when our time has come. Yawn.

The Soulbinders of Aeria Mobile's latest game Immortalis, however, have found a way around death - and if their example is to be believed, we can all cheat the grim reaper by way of a collectible card game.

We somehow don't think we'll have the same luck as the Soulbinders, who can command over 650 monsters in battles to grow stronger and prolong their lives, but it never hurts to try.

Shuffle off this mortal coil

Similar in scope to Guardian Cross or Rage of Bahamut, Immortalis has players collect cards to summon monsters which are used in battles. These cards can be leveled up (reincarnated) via combat and questing to unlock more powerful attacks and more impressive card artwork.

Like many social collectible card games on the App Store, Immortalis allows players to band together in guilds to tackle the game together or go at it PvP-style to earn new monsters, rare items, and - of course - bragging rights.

For those looking to get in on the deal, Immortalis is available now at the tempting price of 'free'. 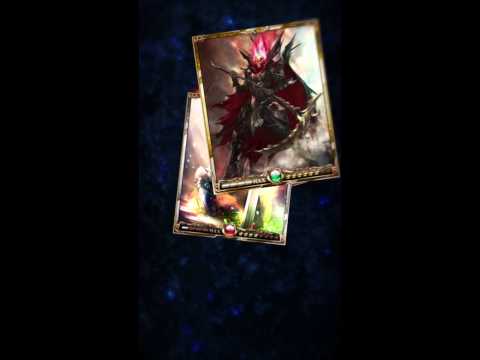 Subscribe to Pocket Gamer on
Next Up :
Call of Antia is FunPlus' new match-3 RPG that's out now on iOS and Android

Can you play your cards right?