Droids at the ready

If you have a good memory, you may remember iMech - an action-packed iPhone game from 2009 that didn't fare too well when it passed through our review room.

Anyway, that game was abandoned, but new development studio Mobula has acquired the game's IP and is planning on giving it a massive overhaul before re-releasing it onto the App Store as a free-to-play title called iMech Online.

This forthcoming revamped title, much like the original iMech, will allow you to compete in online multiplayer battles against seven other players.

iMech Online will also feature new graphics and a bunch of other additions, including 15 mechs - all of which pack unique upgradeable skills and attributes.

If you're worried about Mobula's free-to-play approach, fear not: the studio will apparently model iMech Online after popular PC title League of Legends.

Basically, each week, you'll get the chance to try one of the game's mechs, which you'll then be able to download through in-app purchase should it tickle your fancy.

iMech Online should be released around September. 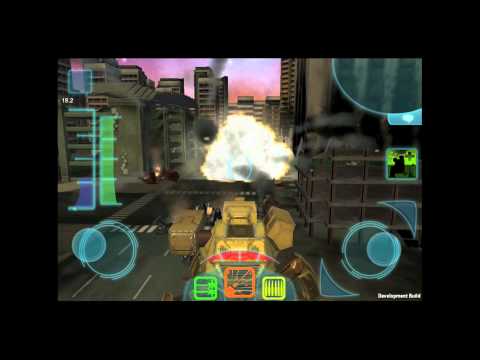 Subscribe to Pocket Gamer on
Next Up :
Delete After Reading tasks you with saving a video game in a text-based adventure, coming to mobile on March 14th

Step into some big shoes