It came from the deep

It's been a couple of months since Identity V launched on iOS and Android and NetEase is just pushing out a brand new update. Though it benefits both Hunters and Survivors, I do think the hunters have a better deal here. You can grab it free-to-play on the App Store and Google Play and have a go yourself. 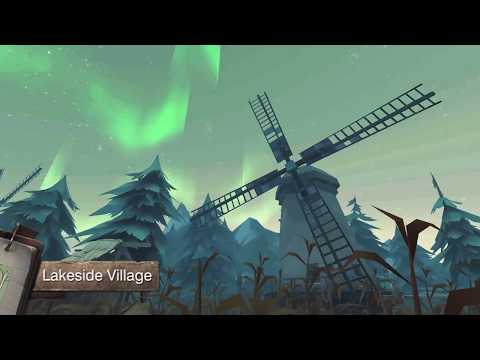 Subscribe to Pocket Gamer on
If you've played Dead by Daylight on PC or console you'll get what the game is about. Scraping off that long-winded detective-style tutorial, Identity V is an asymmetrical survival game where one person plays as a hunter and four play as survivors.

The survivors have to find and decode cipher machines in order to earn their freedom while the hunter has to track them down and - er - dispose of them, to put it nicely.

With this new update we've got a new map and new hunter to get to grips with. The map, a spooky lakeside village, is host to all sorts of tricky obstacles including fog and abandoned houses. Whilst the new hunter, The Feaster, possesses Poseidon's crown and has some devastating abilities, including tentacle attacks and a nightmarish gaze.

Though I enjoyed my time with the game, and we awarded it a Bronze Award in its review, I still feel like the hunter is a little too powerful in comparison to some survivors. I guess we'll have to give it a play to see how balanced the odds are when the Feaster's got tentacles to spare.