Development company The Longest Road Games announced today that their physics-based artsy puzzler IDEA will be launching on both PC and mobile simultaneously. IDEA has already won a few awards due to its unique mechanics and focus on wonder, discovery, and sharing, and it has slowly become one of the most anticipated puzzle releases to be announced in recent memory.

IDEA is actually inspired by a short film of the same name, which was created by Olli Huttunen. The game will see you embark on a journey as you explore various environments from a bird’s eye view, each fully realized in 4K resolution. All of these environments are also actual locations all over the planet Earth and are more than just static images.

For example, if you’re looking at a bird’s eye view of a roundabout, cars will be going all around it as you try to navigate your Idea around the area. This Idea is conceptualized as a drawn lightbulb, and you’ll be trying to bounce this lightbulb around the location to make sure it doesn’t get stuck before the music playing over your puzzle ends. 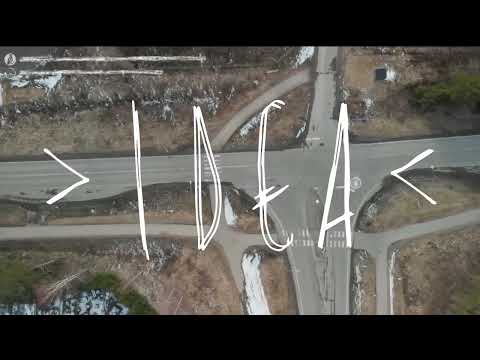 So what happens if that Idea of yours does get stuck, you might ask? Well, that’s exactly what will happen. It gets stuck, and your Idea will stop there. But it won’t be a loss, as you can then turn that Idea into a thought, a piece of a song, or a verse, and share it with other players.

This encourages a community-driven effort to help one another with your Ideas, which by proxy, will allow your ‘failed’ puzzle to become someone’s successful puzzle, which is all in all a very heartwarming way to go about multiplayer.

IDEA is still without a release date, but it’s a relatively safe bet we’ll be seeing it launch by the end of the year. In the meantime, you can stay up-to-date with any information regarding the game by staying tuned to the official Twitter account.

Looking for more brain-scratching conundrums? Check out our Top 25 best puzzle games for iOS!
Next Up :
Pascal's Wager reveals latest DLC, Dance of The Throne, which introduces a new playable character