Falling to App Store on May 10

Released almost a year ago, Cobra Mobile's iBomber did very well on iPhone. Downloaded over two million times in paid and free versions, it ended up on mobile and PSP too.

Personally I really enjoyed it, although didn't like how the developer handled control at the edge of the maps.

That will be something I'll be looking at with the release of iBomber 2 on Monday 10 May.

Of course, everyone else will be more concerned with new gameplay features such as new types of bombs, the ability to call in artillery strikes, using torpedoes and depth charges to target ships, and fighter escorts for defence.

The aerial battlefield is also more dynamic as across the 12 missions, you'll have to chase down enemy tanks and trucks, and avoid enemy ground to air missiles (which technically weren't being used in North Africa or Europe during 1943 and 1944 but hey!).

Released for iPhone and iPod touch (no iPad version) on 10 May, the pricing for iBomber 2 is yet to be announced. 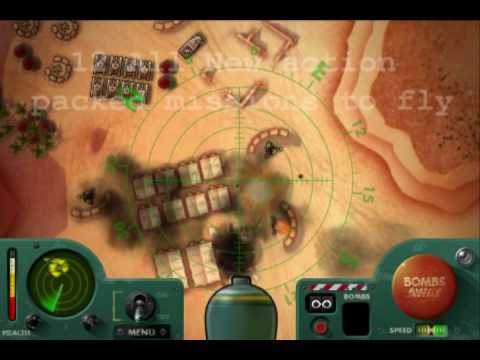 iBomber 2 drops the price to zero