Hue has been kicking around on various platforms for a few years now, and as with all good games of the last decade or so, it's now come to Switch to seek out that elusive new audience everyone's so excited by.

The game is exactly the same as it's always been - this is a straight-up port of the previous releases, and there's nothing new here for fans who've played it before.

But if you've missed out previously, this is a good a place as any to jump into its tricky puzzle-platforming adventure. So long as you're careful not to throw your Switch at a wall when you're in handheld mode.

Hue sees a boy with the name Hue adventuring out into a grayscale world to try and find his mother and work out what exactly is going on.

It starts off normal enough. You wake up in your bed, head out the door, and wander aimlessly until you find the start of an expansive cave network that you'll call home for the next while. 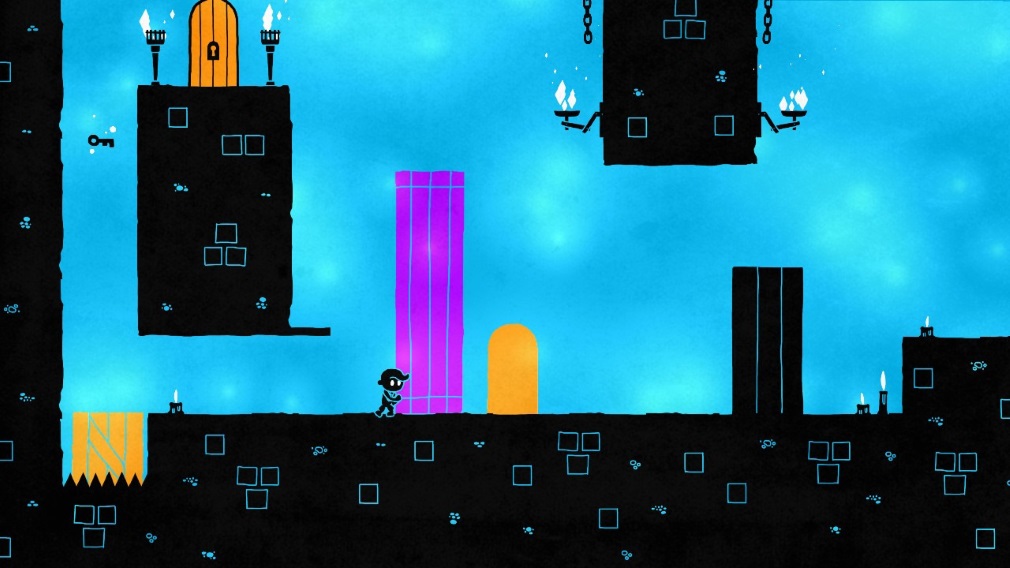 You'll need to make some precise jumps to progress, and avoid falling down endless shafts and onto spikes, just like any other platformer.

And then you start collecting pieces of a colour wheel, and suddenly Hue opens up to its true potential.

See, different coloured items litter the world, usually blocking your path in some way. But you can change the colour of the entire world, blending these objects into the background so you can walk through them as if they weren't really there.

There's a smooth difficulty curve, with you slowly picking up new colours, and new elements being introduced alongside these new colours, so you'll never be lacking in innovations as you move through the game.

It also gives you plenty of time to learn each new mechanic and where the next colour lands on the wheel, which comes in handy when you're eventually juggling the full wheel towards the end of the game.

The puzzles can get super hard, but by the time you reach the truly tough ones, you'll have plenty of experience under your belt, and can take on basically anything the game throws at you.

And there's nothing quite like the satisfaction of a puzzle clicking into place in your head. Eureka moments come thick and fast, and that feeling never gets old.

What doesn't work as well is Hue's overall pacing. You're stuck in the cave area for about 80% of the game, and even when you're picking up new colours and finding new areas, there's this nagging feeling that you're never quite leaving the tutorial area, until suddenly you're at the end of the game.

Some of the longer levels also suffer from a total lack of checkpoints. Minor slip-ups usually lead to instant death, which resets the entire level and throws you right back to the start. 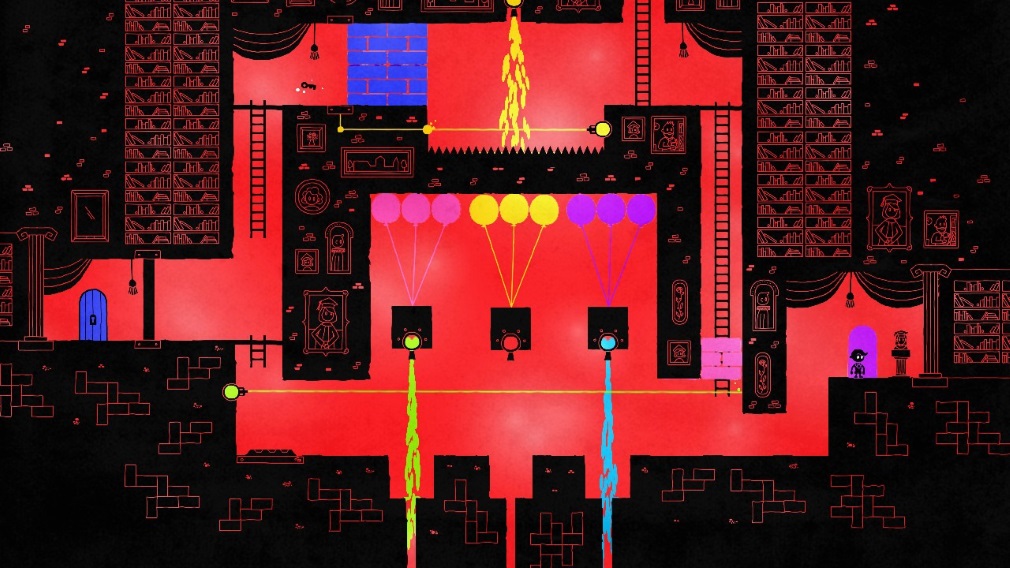 That's fine most of the time, as levels are often pretty short. But when you've spent a good few minutes finally reaching the solution, and then make one tiny mistake and have to re-do the whole thing, it's incredibly frustrating.

And while the controls are mostly fine, the colour selection can sometimes be fiddly. You bring up the colour wheel with the right stick, move it to the colour you want, and let go to select it.

The problem is, sometimes your stick will flick off to another colour, pick the wrong colour, and lead you to an instant death that was totally avoidable.

It'd be useful to be able to manually close the wheel with a button when you're on the right colour - which is how it's done on PC. Why this was removed from the Switch edition is honestly baffling.

But overall, Hue is a clever, mind-bending puzzler with a lot of great puzzles and platforming sequences that keeps things tight and interesting every minute you're there.

It has some fiddly controls and frustrating deaths, but for the most part, you're going to have a good time here. If you've missed Hue before, and you want a new puzzle-platformer to fill an afternoon, you can't go far wrong.

Hue is a clever, tricky puzzle-platformer which offsets its frustrating moments with some wonderful puzzle design
Next Up :
UFO99 review - "A fun little arcade game on the go"