Hot Wheels Unleashed has released a new gameplay video that introduces the Skatepark, an exhilarating new environment where players can drive, skate, and boost through the air to their heart’s content. Mattel and Milestone’s mindblowing miniature racing game features radical tracks that players can customize to get their creative juices flowing, then compete with friends to be the ultimate master of the race track.

The game lets players host their own racing competitions either in split-screen mode with two players or online against up to 12 foes in online challenges. The Skatepark, in particular, features wacky ramps and insane routes that are totally conducive to showboating - with the absence of walls or furniture, the possibilities of the Skatepark are endless.

Of course, the point is still to be the Number One Racer, and you can do just that in the other unveiled environments as well, such as in the underground vibes of the Garage, the Skyscraper’s construction site, and the College Campus. 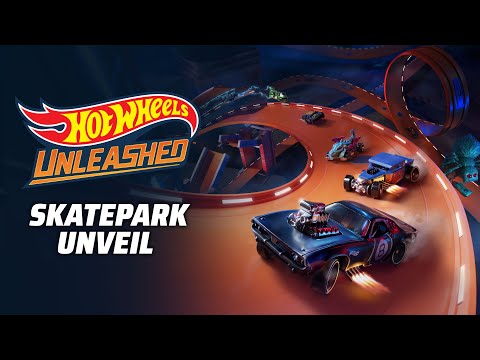 If you’re more of a collector than a racer, you can also add these seven new vehicles to your collection (of the 60+ vehicles available): Bad to the Blade, Time Attaxi™, Roller Toaster ™, Hot Wheels High™, Veloci-Racer™, Tur-Bone Charged™, and Solid Muscle™.

Don’t let anybody ever tell you that playing with tiny cars is just for kids! Hot Wheels Unleashed lets players drive the die-cast toys and customize them with tons of skins and cosmetics. Adrenaline junkies will also have their fill as they build their own race tracks in the Track Editor.

Hot Wheels Unleashed will officially launch on consoles and on Nintendo Switch in September this year. Until then, you can visit the official website or join the community of fans over at the game’s official Facebook page to know more. Don’t forget to use the #HotWheelsUnleashed hashtag for all things Hot Wheels Unleashed!

Looking for more racing games? Check out our list of the top 25 best racing and driving games for iPhone and iPad (iOS)!

Next Up :
Among Us reveals content roadmap with new map, player count increase, and more