Finally, something more than a trailer has arrived for Homeworld Mobile

Homeworld Mobile was announced way back in 2019 during PAX West. It took the developers a fair bit of time, but the game's regional beta has just launched, and things are looking pretty good.

The developers, on their official website, stated that they have just launched the regional beta of Homeworld Mobile. The beta will be available only for Android users living in Canada. If you are from Canada, you can now download the game by simply visiting the Google Play Store.

Unfortunately, the game is not available for any other regions at the moment (unless you want to go crazy with a VPN). However, the developers have promised that more frequent test versions will continue as they head towards the launch of the game, including more countries. iOS support will also be added soon in the upcoming test versions, the developers added.

Alongside the news of the launch of the Homeworld Mobile regional beta, the devs have shared the first proper gameplay footage of the game, which you have a look at below. 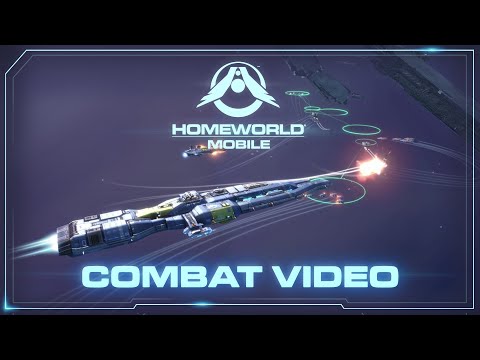 If you don't have much of an idea about Homeworld Mobile, then let us tell you about it: Homeworld Mobile is a real-time strategy space MMO from Gearbox Publishing and Stratosphere Games. It's an addition to the much-loved homeworld franchise, which dates way back to the 90s.

Homeworld Mobile has been in the works for multiple years now. In the last couple of years, the game has been continuously tested through its invite-only technical testing phase.

But thankfully, now the game has taken a step forward and launched for a much larger audience. Lastly, talking of the release, no information about the full launch of Homeworld Mobile has been officially revealed, but we think it wouldn't be wrong to expect to get our hands on the game sometime before the end of this year.