Hex aims to dethrone Hearthstone, and we went hands-on with it

Hex is a card battler in a very similar vein to Hearthstone that's expected to arrive on iOS and possibly Android at some point later this year, or early next.

I played an early PC build during the hands-on so a lot of the features, and particularly the UI, will no doubt see massive changes before the mobile versions are released.

As you can expect, in Hex you'll build a deck and head into battle against opposing players, where you'll wittle down each other's health and cards until one of you has none of one or the other left. 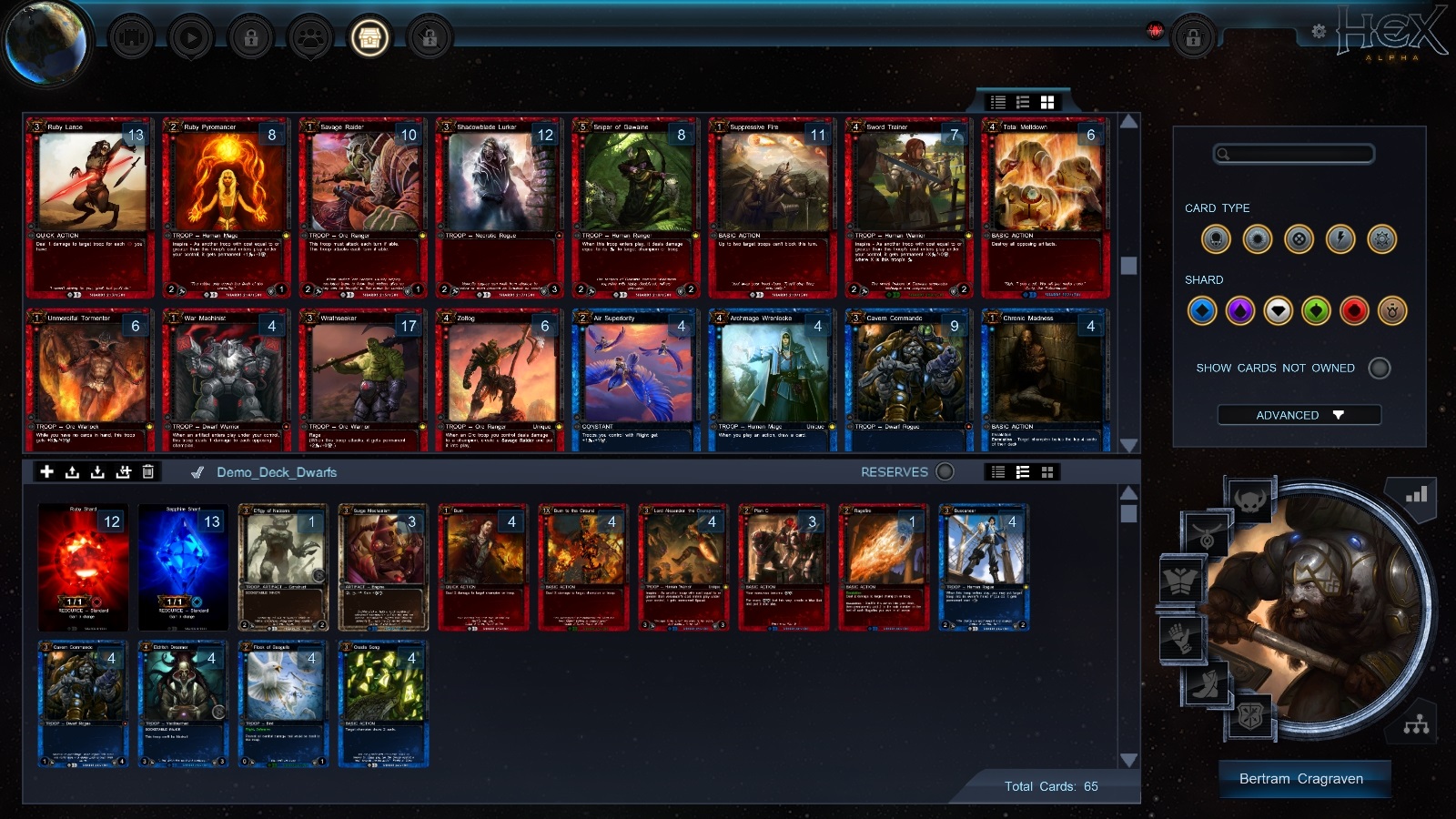 Let me get one thing straight - I'm not particularly fond of collectible card battlers.

You can choose a select few cards to bring into battle with you (the recommended amount is 60, in this case) but you can only use one of the cards that have been dealt in that game so far. That's too much of a random element for me.

Also, considering that some cards are a lot rarer, and more expensive, than others, you'll have to delve quite deeply into the game if you want to really compete.

It differs from Hearthstone in that sense, and you'll find that more or less appealing depending on how you feel about having the ability to buy and sell cards. That's all present here. 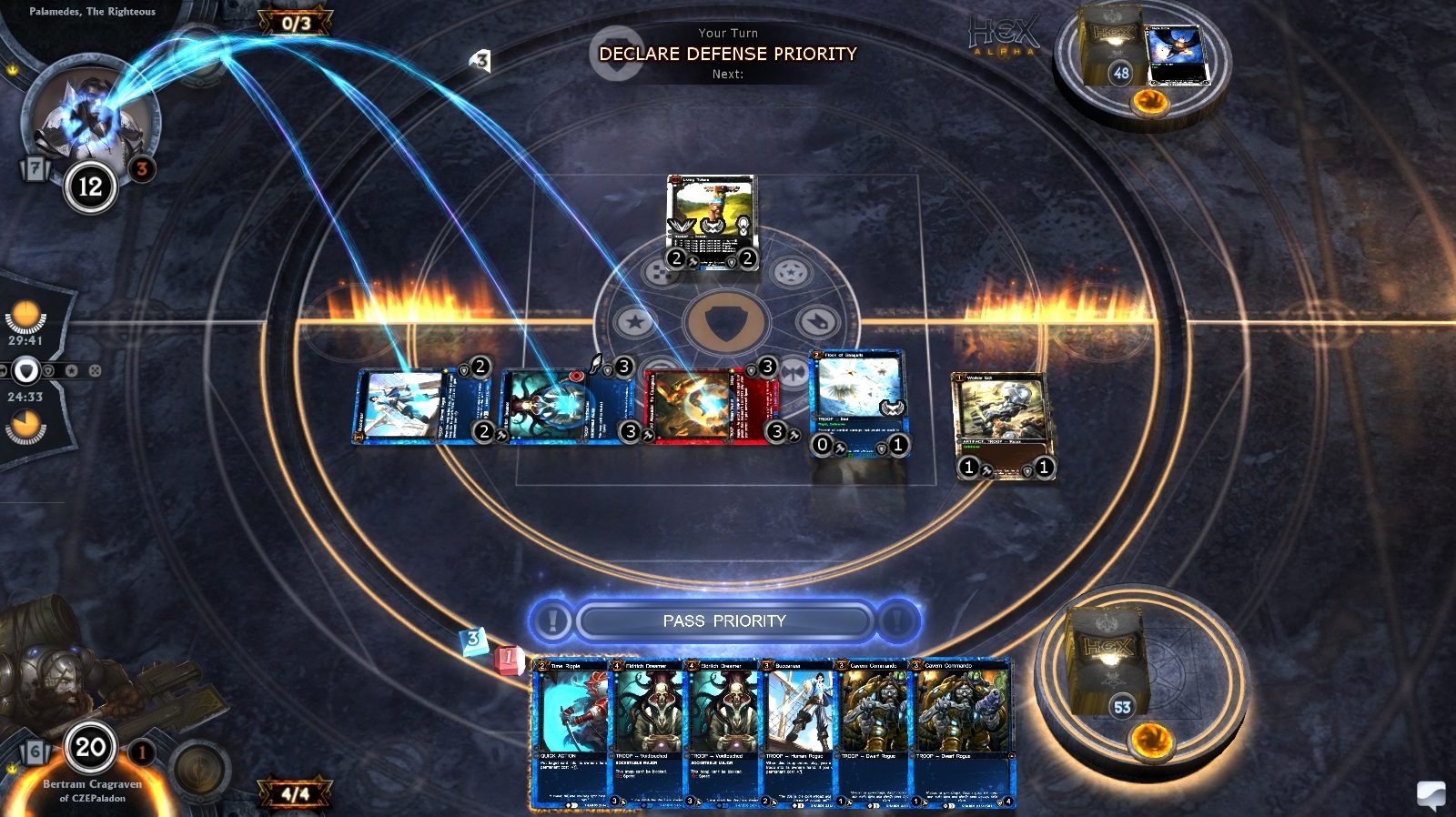 Another area where it differs is in giving you the ability to react to your opponent's moves without having to wait for your turn.

For example, your opponent could produce a really powerful card and assign it to attack you or another of your cards. You could react by assigning a card to block the attack or destroy the attacking card directly.

It's nice and strategic and means that you're constantly participating in the game rather than waiting for your opponent to complete their well-planned next move.

Hex also uses a lot more resources than Hearthstone, which only uses one. 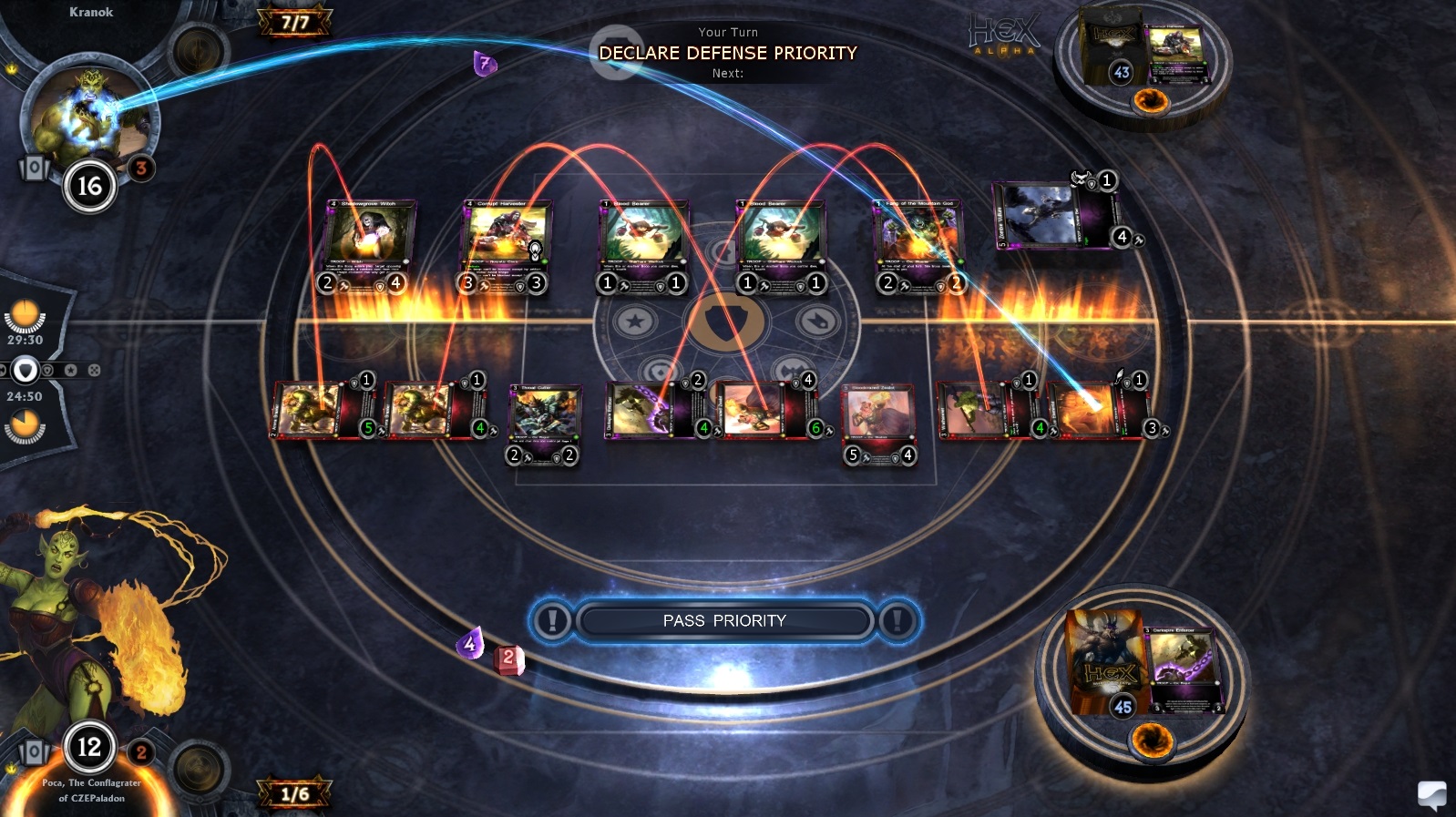 In Hex, you'll have specific resource cards that add a new specific type of resource to your pool, which appeared to be based on the elements.

Hex certainly looked and played the part and is sure to appeal to fans of the genre - particularly those that are looking for more complexity than Hearthstone offers.

However, I found the idea of Hearthstone more appealing after playing Hex, which could be a little too complex for its own good.